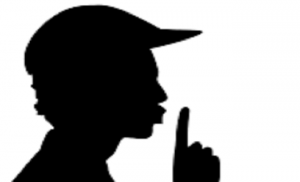 The South Korea-based appliances, consumer electronics and smartphones giant had taken legal steps when something similar had happened last time. However, the actions the brand decides to take this time remain unclear at the moment.

The Samsung Nigeria Twitter account was deactivated for some time but it is back online now. The last official tweet made through the handle dates back to November 30, 2018. 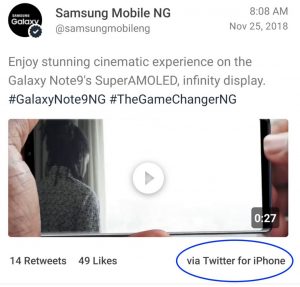 YouTuber Marques Brownlee, who spotted the mistake, had also shared an image of the same confirming that the tweet was indeed made using the iPhone Twitter app. Brownlee has a history of unearthing incidences of a firm trying to promote its products via those of its rivals.

Luca Hammer, a Twitter analyst, posted on his handle that more than 300 tweets made by Samsung were posted using the iPhone Twitter app. The Samsung Nigeria Twitter account has now removed all such tweets from its historical feed.

Bloopers in the past

This is not the first time that a brand’s marketing and branding strategy has backfired owing to mistakes made by their brand ambassadors and other connected people. Ksenia Sobchak, Samsung’s brand ambassador for Russia, was photographed using an Apple iPhone X in public and on TV. Samsung had sued her for $1.6m (£1.26m) claiming breach of contract.

Bollywood actress Anushka Sharma was also caught promoting Google Pixel 2 Phone using Apple Twitter app last September. Reportedly, she was being paid by Google to promote the phone. However, things did not go as planned.

Syska is Looking For Offline Distributors in Andhra Pradesh