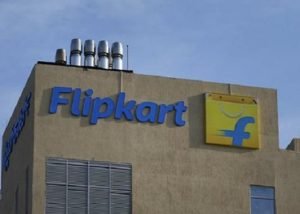 A report issued by Wall Street giant Morgan Stanley has said that Flipkart may need to remove 25 per cent of items from ts marketplace as a result of implementation of new rules for FDI in e-commerce. Going by the figures, the research firm believes that Flipkart’s revenues are mostly driven by electronics and smartphones sold through its channel in India.

The report read, “We estimate that Flipkart derives 50 per cent of its revenue from this category, meaning Flipkart could face meaningful disruption and top-line pressure in the near term.”

Faisal Kawoosa, founder and lead analyst had earlier told EFY, “The implementations have indeed impacted the sales. But what is more concerning is it is impacting the overall experience that these players were known for providing. As per our estimates, it has impacted 20 per cent sales for CE including mobile phones.”

Similar to Amazon’s exit from China in 2017

This report titled ‘Assessing Flipkart Risk to Walmart EPS’ giving the example of Amazon’s exit form China read, “There is a precedent for an exit as Amazon retreated from China in late 2017 after seeing that the model no longer worked for them.”

Upasana Joshi, associate research manager, IDC India had earlier told EFY, “The new norms have not changed anything on a drastic level. Everything looks sorted from e-tailers end. Talking in terms of smartphones, e-tailers will remain to be driving force behind the growth of the vertical for next two years on the least.”

The new norms for FDI in e-commerce have barred online channel players including the likes of Flipkart, Amazon and Paytm along with their group companies from controlling inventory sold through their platforms. These norms were first announced in December 2018 and were implemented from 1 February 2018.

Navkendar Singh, associate research director for India and South Asia at IDC, had told EFY, “Online heavy brands like Asus, Huawei/Honor, Lenovo, Realme will surely get impacted significantly in the short term. They have to start looking at efforts to mitigate this impact by spreading the portfolio and business across e-tailers and must seriously start the offline expansion to win the confidence of all the important offline channels.”

Smartphones and electronics would feel the greatest immediate impact

The report clearly states that the smartphones and electronics would feel the greatest immediate impact as a result of the implementation of the new norms. Interestingly, Samsung has just launched M-Series smartphones that are only available on Amazon. Additionally, OnePlus has clearly stated that it has no plans to end its partnership with Amazon in India.

Faisal told EFY, “One of the reasons why people buy online is because of the choices available. Many a times offline channels are not able to offer a user’s desired brand, model or colour. Whereas in online channels, one could easily specify to the Nth what he wants. The offline channel shall have to give confidence to users about the breadth of choice they have.”

Morgan Stanley’s report added, “Walmart is financially and strategically invested in India via Flipkart. We do not think it is considering walking away from its investment at this stage. It is still too early to say how the e-commerce landscape in India may change.”

The Rise of Private Label Consumer Electronics Brands in India