The company will be manufacturing iPhones in a separate unit in its existing factory in Sriperumbudur, located on the Chennai-Bengaluru highway 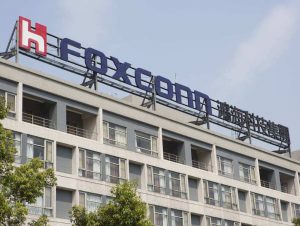 Taiwanese electronics manufacturing giant Foxconn will start manufacturing various models of the iPhone in Chennai from next year.

For the purpose, the company has created a separate manufacturing unit in its existing factory in Sriperumbudur, located on the Chennai-Bengaluru highway. The manufacture of the iPhones would depend on demand.

This was announced at the Tamil Nadu cabinet meeting chaired by Chief Minister Edappadi K Palaniswami on Monday.

The company currently has a workforce of 15,000, of which women constitute 90 percent. The company will recruit more people when the production of iPhones starts, sources told The Hindu.

Foxconn was closed in 2014 over a Rs 21,000 crore tax dispute with the Tamil Nadu government. After it resumed operations at its Chennai plant, it has been manufacturing phones for companies like Xiaomi, Gionee and Nokia.

Just a few days back, Commerce and Industry Minister Suresh Prabhu made an announcement that he will be meeting top leadership of iPhone maker Apple in Davos next month to discuss their plan about setting up manufacturing facilities in India.

The Minister also said that the Indian government has already begun talks with the US-based company and it is ready to consider the demands of Apple Inc for setting up its manufacturing facility in the country.

Apple does not manufacture devices on its own but gets the job done through contract manufacturers. It sells its products through company-owned retail stores in countries like China, Germany, the US, the UK and France, among others.

As it has no wholly-owned store in India, the company sells its products through distributors such as Redington and Ingram Micro in the country.

Ceiling Fans: The Next Big Business Opportunity in India?