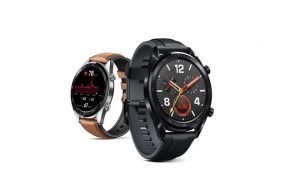 Huawei had started teasing its latest smart watch in India a couple of weeks ago. The company had said that its smart watch GT will come packed with capacity to offer two weeks of battery life. The watch is also listed on Amazon under the notify me section.

Now the company is claiming that it has created a new record for receiving maximum number of notify me requests under the smart watch category on Amazon India e-commerce portal. It is to be noted here that the company will start retailing the watch today, at a starting price of Rs 15,990, in the country.

Tornado Pan, country manager, Consumer Business Group, Huawei India, said, “Huawei Watch GT is one of the most critically acclaimed wearables of the year globally, addressing key pain points of the consumer. The overwhelming initial response we have received on the product reiterates the acceptance of our brand by consumer in India.”

The smart watch comes with a 1.39-inch OLED display with a screen resolution of 454 x 454 pixels. It also features a bunch of sensors including accelerometer, gyroscope, magnetometer, optical heart rate sensor, ambient light, and barometer sensor. The Watch GT also comes with sleep tracking and there is an inbuilt GPS as well.

It has 16MB RAM and 128MB ROM. The smart watch is compatible with Android 4.4 and above, and iPhones running iOS 9.0 and above. It supports Bluetooth 4.2 LE and GPS.

This is Huawei’s third wearable to be released in India this year. The Chinese company announced the Honor Watch Magic and Honor Band 4 Running Edition in January on Amazon for asking prices of Rs 13,999 and Rs 1,599 respectively.

Apple’s 2019 Plans for iPhone Models Include a 3-D camera: Report