Earlier reports had claimed that Logitech was in talks to acquire Plantronics in a $ 2.2 billion deal. Plantronics would have been Logitech’s biggest acquisition so far, if it had materialized. 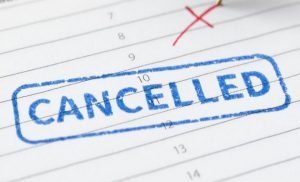 Logitech, popular as a computer accessories manufacturer in the world, is not acquiring headphone maker Plantronics. Reuters this weekend had reported that Logitech was in talks to acquire Plantronics for a deal worth $ 2.2 billion dollars. However, an official statement released on the Logitech website has confirmed that the discussions have been terminated.

The statement reads, “In response to media reports and in accordance with Swiss disclosure requirements, Logitech International (SIX: LOGN) (Nasdaq: LOGI) today confirmed it was engaged in discussions with Plantronics regarding a potential transaction. However, those discussions were terminated. Logitech does not intend to comment further.”

Plantronics would have been Logitech’s biggest acquisition so far

Touted as a $ 2.2 billion deal, the move to acquire Plantronics would have become Logitech’s biggest acquisition ever, if it had materialized. The company had acquired Blue Microphones, a maker of microphones for professional musicians and gamers, in July this year. It had paid $117 million in cash and closed the deal during August 2018.

Logitech had also acquired Beyond Entertainment, a community tournament organiser in May this year. The brand has acquired a total of 15 companies so far.

Interestingly, Plantronics has also acquired four companies since 2002. Polycom, one of Plantronics last acquisitions, may have made the big price tag of $ 2.2 billion for the Logitech-Plantronics acquisition deal possible.

It is to be noted here that Polycom specialises in providing ‘open standards-based unified communications solutions for tele-presence video and voice’. Plantronics had acquired Polycom at a staggering $ 2 billion.