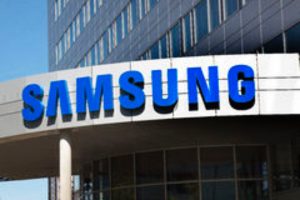 South Korean tech giant Samsung have been continuing to release Android tablets in the market.  The company had extended its tablet line up withe the launch of its latest Galaxy Tab S7 lineup on the international stage. After the international launch, the company formally launched the Tab S7 series in the Indian Market.

Now, just days after the Tab S7 series launch, the company has launched a new tablet in the market at its “Life Unstoppable” virtual event. This new tablet is the much anticipated Galaxy Tab A7 comes with the Galaxy A42 5G. The Galaxy Tab A7 had earlier appeared on the Dutch online retailer CentralPoint with the details and specifications.

As the name suggest, the Galaxy Tab A7 is the recent development to be joining the mid range tablet Galaxy Tab A-series. The device comes with a large screen and battery that is suitable as an alternative to the Galaxy Tab S7. Alongside the tablet, Samsung has also announced many new products such as the Galaxy Fit2 and the Wireless Charging Trio.

Moreover, the tablet also comes with an oct-core processor with 4x Kryo 260 clocked at 2GHz and $x Kryo 260 crores at 1.8GHz. Samsung didn’t reveal the actual name of the processor, but is said to be the Snapdragin 662 SoC. In addition, we also get 3GB RAM with up to 64GB internal storage.

Meanwhile the Galaxy Tab also features a 7040 mAh battery supporting a USB Type-C port. The device also consists of four speakers, a 3.5 mm audio jack, Bluetooth 5.0, WiFi, and LTE as connectivity options. The Samsung Galaxy Tab A7 is available in several colour choices such as Dark Gray, Silver and Gold.

Moving on to the Samsung Galaxy Fit2, this is claimed to be the latest Samsung-branded smart brand to land in the market. The company has ensured that it offers attractive features at an affordable price tag. It would compete against the likes of Xiaomi’s Mi Smart Band 5, and more. The Samsung Galaxy Fit2 sports a 1.1-inch AMOLED screen with 3D curved glass, a heart rate sensor, and a 159 may battery. According to Samsung, the new band can last between 15-21 days on a single charge.

The device is said to have a rectangular design with a circular cut on the side. Unfortunately, Samsung hasn’t revealed more information on the Wireless Charging Trio including the charging speeds. The company has also launched its cheapest 5G-capable smartphone, the Samsung A42 5G at the launch event.