According to the International Data Corporation’s (IDC) Quarterly mobile phone tracker, India’s smartphone market shipped 152.5 million units in 2019, with a modest eight per cent year-over-year (YoY) growth. India also became the second largest smartphone market in 2019 after China but was still ahead of the USA. The overall mobile phone market, with annual shipments of 282.9 million units, declined by 12.3 per cent YoY in 2019 due to fewer 4G feature phones.

“The online growth momentum continued through the year with a record share of 41.7 per cent in 2019, growing by 18.4 per cent YoY annually due to deep discounts, cashback offers, buyback/exchange schemes, and complete protection offers clubbed with attractive financing schemes like No Cost EMIs across major model line ups and brands,” says Upasana Joshi, associate research manager, Client Devices, IDC India. 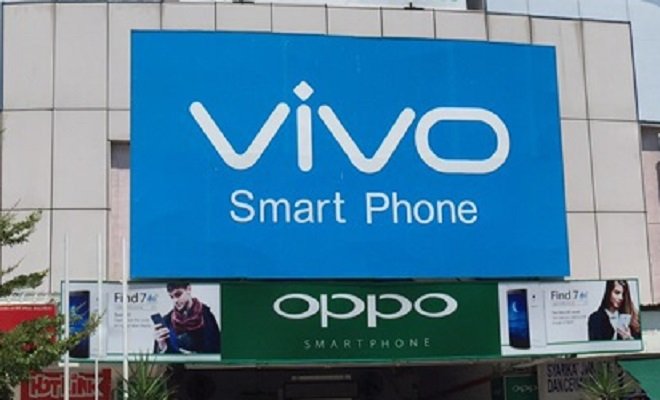 Vivo, as per the report, climbed to the second slot, surpassing Samsung with massive 96.5 per cent YoY growth in 4Q19. It also became the leader in the offline channel, ahead of Samsung on the back of multiple price drops across major models in Nov/Dec’19 to clear off inventory post-Diwali, clubbed with attractive channel schemes in 4Q19. The continued focus on its offline channel, despite the exclusive line-up in online channel and presence across price segments, led to this phenomenal rise in 2019.

Oppo climbed to the fourth position in 4Q19, with huge YoY growth of 88.4 per cent on the back of its affordable A series and successful Reno 2 series. The offline channel remains upbeat with the incentives and offerings and spends on marketing initiatives.

Realme slipped to the fifth position in 4Q19, but with a YoY growth of 74.1 per cent. It continued to be in the second slot in the online channel with a market share of 18.1 per cent in 2019, up by 10 percentage points as compared to 2018. The realme C2 featured in the top five model list in the online channel in 2019. Further, its newly launched X2 Pro became the highest shipped device in the mid-premium US$300-500 segment in 4Q19.

Combined together, the three held more than 36 per cent market share. The figures for Oneplus, BBK’s smartphone brand in the premium space, are not added to the same.

Samsung and Xiaomi (Not combined)

Xiaomi registered annual shipments of 43.6 million units in 2019, the highest ever smartphone shipments made by any brand in a year, with a growth of 9.2 per cent YoY. The Redmi Note 7 Pro and Redmi 6A were the highest shipped devices nationally in 2019. Xiaomi continued to dominate in 4Q19 with 15.9 per cent YoY growth on the back of newly launched Redmi Note 8 Pro/8A/Note 8/8 series.

Samsung, as per the report, slipped to third position, registering declining shipments amongst the top five brands with a (15.4 per cent) YoY decline in 4Q19. The refreshed Galaxy As series was unable to sustain its momentum owing to a delay in launch time and a gap in phasing out the older Galaxy A clubbed with fewer channel incentives.

However, its Galaxy M series and in particular Galaxy M30s performed well in the online segment, helping to revive its online share in 4Q19 at an all-time high of 16.6 per cent. Despite the attractive cashback offers in the premium ($500+) segment, Samsung faced heat from offerings by Apple, leading to channel inventories.

Navkendar Singh, research director, client Devices & IPDS, IDC India mentions, “IDC expects the India smartphone market to see modest single digit growth in 2020 as well. As organic growth becomes challenging with increasing replacement cycles, it is imperative for the smartphone ecosystem to really put its energy and focus on enabling migration of the massive feature phone user base in India in addition to continue offering compelling propositions at the mid-premium segment to boost faster upgrades. During the year, we will see launches with newer concepts like under-display cameras, gaming-centric features, and higher refresh rate screens clubbed with efforts by the brands to open new revenue areas like OS monetization and financing services etc.”

Xiaomi Claims it Sold Over 8.5 Million Devices During Festive Season