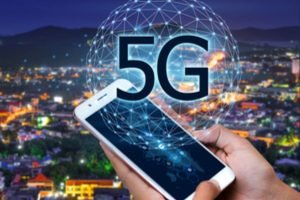 According to a report by The Economic Times, Reliance Jio has entered into a commercial pact with Google to jointly develop entry-level affordable 4G and possibly 5G smartphones in the future. This partnership aims to make India ‘2G-mukt’ or free of 2G technology.

With the help of this partnership, Google would provide optimisations to Android operating system and the Play Store for smartphones that Jio will launch in the market, the two firms said on Wednesday. Google is also looking forward to taking the affordable smartphones and services developed out of its partnership with Jio to the rest of the world. It has also been reported that Jio may end up launching the cheapest operator-bundled 5G device worldwide.

Need to migrate 2G smartphone users to 4G or 5G

The plan came on the back of Google’s Rs 33,737 crore investment plan in Jio’s parent, Jio platforms, for a 7.73% stake. “We believe we can design entry-level 4G or even 5G smartphone for a fraction of its current cost. To power such a value engineered smartphone, we also need an equally value-engineered operating system , and such an operating system must be designed from grounds-up,” said Mukesh Ambani, chairman of Reliance Industries at a speech at the company’s annual shareholders meeting.

Google and Jio are partnering to build a smartphone operating system in India. Ambani also added that there’s a need to accelerate the migration of 350 million Indians, who currently use a 2G feature phone to an affordable smartphone.