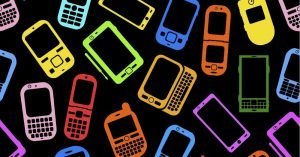 According to a report by ET, mobile companies have requested the government to tweak existing duties under its phased manufacturing programme (PMP) to boost local production and curtail imports.

India Cellular and Electronics Association (ICEA) said in a letter to the electronics and IT ministry that the import numbers have started to look astounding. They can ill-afford any further duty imposition and, in fact, need a rethink on whether some of the duties imposed should continue as they are.

The association further added that not only should they not proceed with any additional duty imposition and simultaneously withdraw all unintended residual components of basic customs duty, but they should also re-evaluate all current PMP duties on all sub-assemblies and components by studying the Vietnam imports meticulously.

It also highlighted that it is futile to have a duty-led regime when zero-duty imports on the same products are permissible through Vietnam and other ASEAN countries, Korea and Japan, which is being exploited by several companies.

ICEA stated that this is extremely disheartening and has made the industry rethink their investment plans in India. The association further cautioned that import of printed circuit board assembly (PCBA), which makes up 50 per cent of the cost of making a smartphone, should be prevented and be dealt with an iron hand on the grounds that the import would be a clear infringement of 35 per cent value-added norms.