“Energy efficiency and conservation are important pillars of India’s efforts in moving towards a sustainable future. It is with great pride that we dedicate the 1 crore smart and energy efficient LED streetlights to the people of India. Another milestone towards achieving country’s energy goals, these streetlights, covering 2.7 lakhs kilometers, not only illuminate the lives of the citizens and enable more savings but also empower people with better and safe mobility. I congratulate all the State Governments, Urban Local Bodies and EESL for their relentless efforts in installing these smart LED streetlights and continued work towards achieving the country’s energy efficiency goals,” said R.K. Singh Hon’ble Minister of State (IC) for Power, New & Renewable Energy.

He was speaking at the dedication ceremony for these energy efficient LED streetlights. It is to be noted here that EESL is a joint venture of PSUs under the Ministry of Power, Government of India. 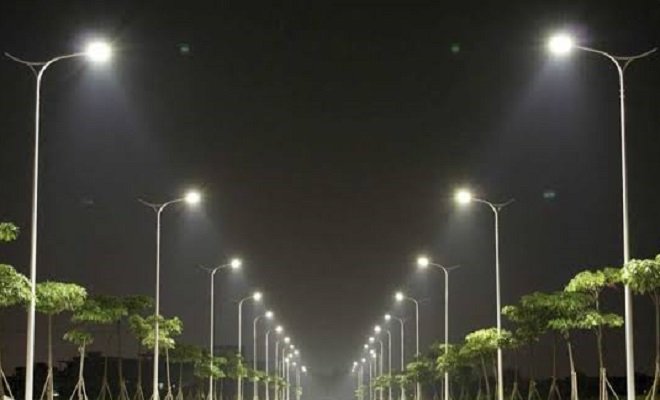 EESL has also introduced its super-efficient air conditioner (AC) programme in seven major cities in India this year. Manufactured by Voltas, EESL was able to sell 7,500 plus ACs till August 2019.

While it is imperative that this joint venture is doing remarkable work for the country and its citizens, the opportunity arising for consumer electronics brands out of such programs cannot be neglected. It is to be noted here that EESL had carried out a competitive bidding process during March-May 2019. Out of the three qualified bidders (M/S Daikin, M/S Godrej and M/S Voltas), M/S Voltas Limited was adjudged as the lowest cost bidder to supply the requisite ACs. After the completion of this tender, EESL might be organising another bid for the next tender to select the manufacturer.

It continued, “EESL has an ambitious plan in this portfolio for next 4-5 years where it intends to bring investment to the tune of Rs 8000 crores by 2024 by covering entire Rural India. It is expected that more than 30 million LED streetlights would be retrofitted/installed by EESL.”

Consumer Appliances Should be Excluded from Free Trade Agreements – CEAMA