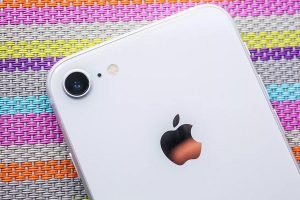 Recently, Apple announced about updating its operating systems to iOS 14. According to reports, devices like Apple iPhone 9, iPad Pro Apple and Air Tags are likely to get the iOS 14 update.

However, it is unclear at this stage that when and where Apple might be unveiling its new hardware. A rumored event was supposed to happen at the end of March, which might delayed due to the Coronavirus situation. According to reports, the actual release of the iOS 14 update by Apple is not expected to happen until late 2020.

According to sources, the Apple iPad Pro is said to feature a new triple-camera lens. The camera setup will include a new Time of Flight (ToF) 3D sensor, a wide lens, a telephoto lens, and an ultra-wide-angle lens. The new ToF sensor inclusion is likely an inclusion made specifically for the AR application, the subject that Apple has been working on recently.

As informed, the Apple iPhone 9 would be supporting Touch ID and Express Transit capabilities. The Apple iPhone 9, or the SE 2, is likely to experience a push back in their launch. As Apple, like many other brands, has faced issues due to the ongoing Coronavirus outbreak.

The Apple Air Tags are small traceable chips that can be paired and left with important articles including bags, wallets and more. The new iOS 14 code also claims that the update will allow these Air Tags to be set up in bulk. Moreover, the tags are said to be featuring user-replaceable batteries.

Lenovo to Bring Back Moto Razr Phones in US: Report