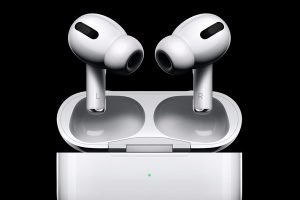 Apple AirPods have been world’s most popular True Wireless earphones. But the users often complain about the short life span of the product. However, the company says that with the launch of iOS 14, Apple might solve AirPods’ battery problems.

According to a report by Macrumors, Apple has got the Optimised Battery Charging feature for AirPods with iOS 14. The report claims, the move will ensure that the battery of the AirPods is preserved, which in turn could lead to longer life span for the headphones.

Levels up automatically when unplugged

The feature works when the user is charging the AirPods and stops it automatically once it reaches 80% level. It will slowly bring the level up to 100% by the time user unplugs them. The feature will not allow Airpods to remain idle at 100% charge for longer duration of time as it is known to hurt the battery life.

The Optimised Battery Charging for AirPods feature enables by default in iOS 14. Apple will send a notification once the the user has activated it for their AirPods.

The AirPods come powered with lithium-ion batteries that are known to deteriorate over a period of time. With Apple not allowing the batteries to be replaced, users don’t have a choice but to buy a new pair of AirPods, if the battery eventually conks off. The non-modular Design of the AirPods make it impossible for the battery to be replaced.

The Optimised Battery Charging feature has been present in iPhone for a while now. Apple had got the feature recently to MacBook laptops as well and now with iOS 14, it’s the AirPods’ turn to get the feature that may improve the battery health.