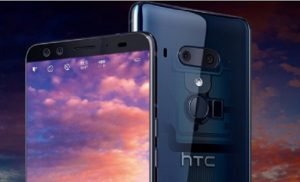 A report published by a popular Taiwan media house has claimed that HTC is currently working on new devices that will be released by the end of this year and during early 2019. HTC, as per the report, has made it clear that it is not going to give up on its handset business as it believes that smartphones have become indispensable to human life.

HTC also pointed out that their VR technology will also play a key role in future development of mobile devices. Several  reports published in India had also pointed out towards the possibility of HTC quitting the smartphone market in the country.

It is to be noted here that HTC was the first smartphone maker to introduce Indian consumers to devices powered by Android OS. HTC’s debut in India was through its Android-based Magic handset in 2009. Magic was also country’s first handset to come installed with Android OS.

HTC, as per a report by CyberMedia Research in February 2017, had the third-highest brand recall among Indian consumers. However, it was not able to cope with the flood of cheaply priced Chinese smartphones entering the Indian market.

Data from Counterpoint Research had earlier revealed that HTC’s market share in India had become almost nil by the end of March 2018.

HTC, at a time when players like Oppo, Vivo were using aggressive marketing to promote smartphones, was following next to nil marketing strategy. It is quite possible that the brand was not focusing on marketing owing to its strong recall factor among Indian consumers. However, the aggressive pricing followed by well-executed branding and marketing strategies by several new entrants in the Indian smartphone space toppled HTC’s smartphone sales to a large extent.

The company, unlike many others, had also not focused on developing offline sales channels or product experience centers. It was also rumored that HTC had not compensated retailers for unsold stocks.

It will be interesting to see the approach HTC follows, if it decides to introduce new smartphones globally. It is to be noted here that many China based smartphone makers at the moment are following India and China first strategy.