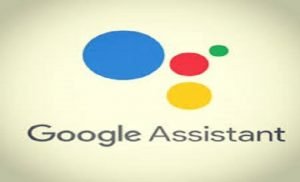 Google is expecting that by the end of January, its virtual assistant will be available on one billion devices, including smartphones, smart speakers, headphones and other devices.

The figure will be up from the 500 million devices the company said the assistant was on this past May, and 900 million more than Amazon’s Alexa.

As per the tech giant, Google Assistant was available on just 400 million devices this time last year.

Google also announced via its blog post that over the past year, active users of Google Assistant have grown four times.

Google Assistant also became multilingual. This means now, one can speak more than one language to it anywhere at home.

The Assistant is also now compatible with over 10,000 smart home devices from over 1,600 brands, as per the company. Google says, “the number of smart devices that have been connected to the Google Assistant increased more than 600 percent over the last year.”

The company also brought eight new voices for the Google Assistant in the U.S. in 2018, including voices with British and Australian accents.

Toshiba Ties Up With TeknoDomo to Launch New Audio Products in...