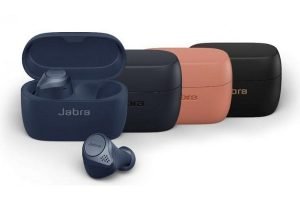 Jabra has announced the launch of the Jabra Elite Active 75t in India. The company is retailing the headphone at an MRP of Rs 16,999. Jabra Elite Active 75t will be first retailed on Amazon starting 11th March 2020, later will be available at Croma, Flipkart and other authorized retailers from April 3rd week.

“Jabra Elite Active 75t is our most optimal true wireless earbuds yet and we are proud to be launching it in the India market. Specifically designed for an active lifestyle, the Elite Active 75t is a testament to Jabra’s engineering expertise, with its enhanced comfort, first-class noise isolation and great sound quality. We are committed to taking audio to the next level and creating the best user experience”, said Amitesh Punhani, country marketing manager, India and SAARC at Jabra Elite Active 75t launch.

The Jabra Elite Active 75t is 22 per cent smaller than its predecessor- Elite Active 65t. Built with a durable coating providing optimised grip, the earbuds are also claiming to be dust and sweat resistant, at the same time extending battery life by 89 per cent (up to 28 hours). On a single charge, the earphones will last upto 7.5 hours of continuous listening that extends up to 28 hours with the charging case. The earbuds also boast an increased IP rating from IP56 (of the Active 65t) to IP57, making them waterproof.

Jabra Elite Active 75t is claiming to enhance comfort through its optimal earbud shape and size, which also provides noise isolation. For this feature, Jabra has claimed to utilize thousands of ear measurements and scans to create an optimal earbud shape. There is an option of HearThrough that will let users listen to outside audio through the mic.

Jabra has also introduced MyControls, which will be available from Q2 2020. Users will have the option to use just one earbud, which will extend battery time. Through the Jabra Sound+ app, users can configure the functions on the left and right earbud to meet their personal preferences.