ACE
Home BUZZ Strategy Karbonn Getting Ready to Take on Foxconn, as Well as Siri and...
Advertisement 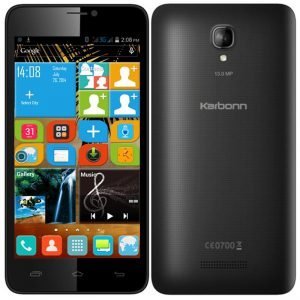 Indian handset maker Karbonn Mobiles says it is gearing for a comeback in the Indian smartphone segment, and claims that a new manufacturing facility at Bawal, Haryana is its biggest asset. The company also has big plans in the AI space and says that an official announcement is around the corner.

Shashin Devsare, Executive Director, Karbonn Mobiles is positive that Karbonn is going to be the first Indian brand to make inroads into artificial intelligence (AI), and one of the first devices with AI can be expected to be brought in as early as this quarter.

Karbonn’s new AI device will be unveiled with an exclusive partnership with an e-commerce player and the announcement should follow in coming weeks.

Karbonn Mobiles was one of the top seven smartphone vendorsin the country (by shipments) until last year. In 2016 however, the company reduced the number of smartphones it launched in India, and it no longer figures amongst the top smartphone vendors.

Scaling back has however allowed Karbonn Mobiles to focus on more strategic plans – starting with the company’s first AI (artificial intelligence) enabled device. Gadgets 360 recently got a chance to meet Pradeep Jain, Managing Director, Karbonn Mobiles, while visiting the company’s new manufacturing plant that has been set up in partnership with Chinese smartphone manufacturer Vsun.

The company claims that the new facility is the largest smartphone manufacturing plant in India right now, and Jain added that manufacturing giant Foxconn, which is also setting up plants in India, is at least a few months away from a facility in India that can compete with this one.

Vivo’s Sub-brand in China, Iqoo Will be an Independent One in...

Xiaomi to Invite Component Suppliers to Invest in India

The bigger the better is the mantra for the Indian TV...