Hindware is a brand that has made it big in the bathroom fitments industry in India. Many of us may not be aware that the brand recently forayed into the consumer electronics market, with air coolers. In an exclusive interview with EFY, Rakesh Kaul (RK), president, Consumer Products Division & CEO at Evok Retail, HSIL Ltd. throws light on company strategy, innovation and future plans:

ACE – It is common perception that for a tropical country like India, coolers are less effective owing to high humidity levels. What’s your take on this perception?

RK – India has a large coastline and the fitment of coolers changes as per region. There are different types of coolers – Desert, Personal, Tower and Window. Each type of cooler is especially made to cater to the needs of the region. Hindware Consumer Business Division, with its varied products offers differentiated products e.g. Coolers with Interchangeable colour panels

For coastal areas where humidity is high, we’ve introduced a range of personal air coolers (12L to 36L) that offer a special humidity control feature. This feature allows consumers to calibrate the air cooler for maximum cooling when facing high humidity in the room. In fact, Tower Coolers, Personal Coolers and Window coolers are blower-based coolers and work best for such areas.

ACE- While we hear a lot about new air conditioning technologies such as dual inverters, what is the sort of innovation happening in the cooler space?

RK – The major innovation happened during the transformation from metal coolers to Plastic coolers, in the early 90’. So, instead of bulky, loud coolers that also presented the added fear of electrical shock, we now have a new range of Air Coolers that offer both safe hardware and appealing aesthetics. Hindware Snowcrest adapted to this change the best, as it was India’s first brand in Air Coolers to have introduced Desert Air Coolers with inter-changeable front panels.

Besides the aforementioned innovations, there are many functional benefits that have been greatly improved upon. These include increased air delivery, motor noise reduction and equipping air coolers with wheels for easy mobility. Some of the recent innovative additions to air coolers also include the introduction of the remote-control features, dust filters, collapsible louvers and auto-timer to name a few. Further, air coolers are also designed to run on inverters now, which is a huge respite for people living in areas with frequent power cuts.

At Hindware, we aim at treating our consumers as trusted advisors, hence, we look for innovation that’s pertinent to the consumer & not plain gimmicky. The teams working on such product innovations have understood the consumers’ pain-points, in order to translate this knowledge into relevant, differentiated products. It is not simply about making air coolers with gimmicky features that might be good to own; it is about addressing the various functional needs of all consumers. Hence, it is our endeavour to innovate and provide better products to our consumers, thereby enhancing their lives to the maximum of our capacity.

ACE – How important are the tier 2 and tier 3 markets for coolers, since they are predominantly more price conscious?

RK – Tier-2 & Tier-3 towns are very important. As urbanisation intensifies with every passing day, the emergence of e-commerce and its wide area of delivery becomes a stronger phenomenon, thus making it easier for consumers to obtain their preferred air coolers. This, plus the fact that we have easy EMI options to choose from ensures our customers never have to bear the burden of shelling out a considerable amount at one go and hence the power is driven in the hands of the consumer

Electrification of rural areas is another emerging factor. This has helped us reach out to those consumers who are looking for affordable solutions to their cooling needs. It can be said that the next boom in consumer durables may come from these areas.

ACE – Hindware is a brand with huge recall in the bathroom fittings space. How do you plan to break this perception for the consumer products division?

From past three years, Hindware’s consumer products division has been constantly investing in marketing and branding initiatives. We are extending our base to new dealers and locations with the aim to increase our on-ground visibility. Besides this, we have increased our presence on TV with advertisements of water heaters, air coolers and water purifiers. Additionally, on the digital front, we have expanded our reach through various activations and campaigns.

The consumer perception is also changing, as we gain quick share in various categories. We are among the top three brands for kitchen chimneys and among the top five for water heaters. We are closing this gap and are keen to enjoy a higher market share across our categories. Such high acceptance and rate of growth may be seen as a sizable change in the consumer’s perception about Hindware.

ACE – Do you see coolers replacing fans in urban households? Or do you rather see them as a replacement to air conditioners?

RK – The air cooler is a product that lies in the middle of a fan and an air conditioner, in terms of driving purchase decisions. More than one product replacing the other (Air Cooler replacing Air Conditioner), the real question is about total cost of ownership – which includes cost of acquisition plus cost of running the appliance.

ACE – A lot has been said in recent times about indoor air pollution and the need for air purifiers. Do you plan to tackle this problem through coolers?

RK – Air Purification has gained immense traction and awareness through general media initiatives and social media activation. This is only justified, considering the fact that India lies at the 64th place of the total 135, when assessed for ‘Nations with highest air pollution’.

We use dust filters in our coolers to purify air, but we’re striving hard to implement constant innovation in order to counter the problem of indoor air pollution. We feel this might become a key buying factor for Air Coolers in the future. 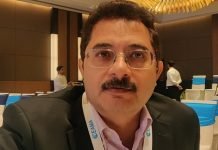 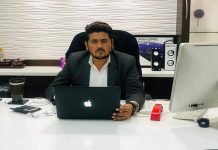 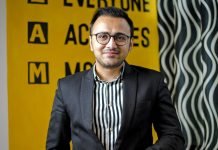 “I had love for electronics but I was a marine engineer...