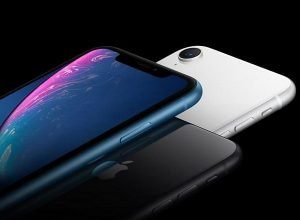 According to Counterpoint Research, Apple has signed an agreement with the e-commerce platform, Amazon to sell its iPhones online. The deal comes in a bid to regain market value of iPhones that have been dropping ever since the smartphone giant had launched its new ranges.

Apple had recently launched iPhones XS and XS Max priced at the higher range. The market response, however, has been showing declining interest in the high-end devices. To boost the sales of these models, it has tied up with Amazon.

Counterpoint views the move as a win-win situation for both the companies. With Amazon, Apple will be able to manage pricing, warranties and the overall customer experience.

The deal is likely to affect the third-party vendors who sell the iPhones on the e-commerce platform. Maurice Klaehne, Research Analyst, Counterpoint Research, says that the vendors will be phased out by January 2019, adding that Apple’s attempt to regain sales control on one of the biggest online platforms will now affect the third-party vendors who, otherwise, have been controlling the supply chain and pricing of new and refurbished Apple products.

Amazon, according to Counterpoint, will benefit from the deal. It will gain in the sales and analytics front in the phone segment. It has estimated the weighted average selling price (ASP) of phones selling on Amazon to be under $250. The online platform is off the competition from Apple’s iPad as its Kindle Fire range has a different target audience.