This is the first time that the China-based smartphone brand is launching a smartphone named pro in the country. The bigger picture is its association with BBK 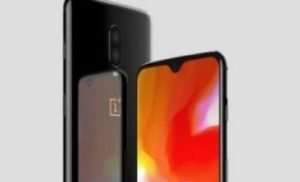 The company has confirmed that it is launching Oneplus’ latest smartphone on May 14 2019 in India. Pete Lau, founder and CEO, OnePlus, recently took to Twitter and posted, “Excited to share the next product from OnePlus will unleash a new era of Fast and Smooth. Especially Smooth! Smooth is more challenging than Fast – a true test of hardware and software. The new product is just beautiful – I can’t wait for you to see it!”

Vikash Thakur, manager, SKP Business Consulting LLP told Electronics For You, “OnePlus, over the last few years, has successfully created a premium smartphone brand image in the market. Now by launching, two smartphones – Oneplus 7 and Oneplus 7 Pro, it will be able to address two different price segments. My guess is that Oneplus 7 Pro will be more inclined towards the Rs 40,000 plus premium smartphone market and the OnePlus 7 will address the more sensitive premium economy smartphone audience.”

He added, “As Oneplus is already among the market leaders in the premium smartphone segment in India, it’s offering in premium economy smartphone market segment will attract additional aspirations consumers and will drive growth for Oneplus in India.”

Recently, a lot of smartphone companies have started launching two smartphones within the same series. Xiaomi launched Note 7 and Note 7 Pro were launched the same day. Realme, another smartphone brand that operates under the umbrella of BBK, had launched Real 3 and Realme 3 Pro within a gap of weeks in India.

OnePlus, probably taking cues from the strategies followed by its BBK allies, and other smartphone brands, has worked on how it approaches premium smartphone markets. One good reason to launch multiple devices under the same series could be an approach to cover multiple price points.

Himanshu Jain, senior analyst, IDC India told Electronics For You, “Launching different variants of a same model gives advantage to cover multiple price points. In some cases these are launched simultaneously like Redmi Note 7 and 7 Pro.”

There have also been companies that have launched the Pro device after a few weeks time of launching the first device in the series. For example Realme launched Real 3 first and followed with Realme 3 Pro launch.

Himanshu continued, “In some cases, vendors launch them after some time, like Vivo 15 pro was launched first and then V15 to cover the lower price bands. This helps them test the market first with a flagship device and then use it’s popularity to cover some more market in other price segments.”

Interestingly Oneplus has been talking about the launch of Oneplus 7 Pro device first. It might be a possibility that the brand will launch the expensive version of its latest smartphone first, and follow with OnePlus 7 to cover the lower price bands.

Where does Oneplus stand now

Counterpoint’s report read, “OnePlus recorded its highest ever shipments in a single quarter (Q4 2018) in India to lead the premium smartphone segment for three successive quarters and captured 36 per cent market share. Another feat for the brand came in Q4 2018 when it entered among top five OEMs in the premium segment in the US for the first time. Google entered the top five premium smartphone brands in Western Europe in 2018.”

The China-based smartphone maker has even announced offers for people pre-booking the OnePlus 7 Pro smartphone in India. One of Oneplus India’s tweets read, “Pre-book the One Plus 7 Pro at Rs 1,000 and get six months free screen replacement worth Rs 15,000.”

Oneplus is also trying to market the upcoming smartphone with everything possible. The brand, through its social media handles had recently shared a picture of Bollywood actor Rajkumar Rao on a magazine’s cover. Oneplus said that the picture was clicked using its upcoming smartphone.

Faisal Kawoosa, founder, Techarc had recently said that Oneplus exhibits consistency in pricing flagships. He said, “OnePlus has adopted a consistent pricing strategy where it has been increasing the price with every new launch in a regular pattern. Other brands exhibit irregular pricing strategy.”

He added, “This has led the brand achieve growth in revenues as well as profitability with consumers getting better experience at incremental price increase.”

Can Oneplus benfit from this new strategy

Oneplus has had a history of coming up with innovative marketing and distribution ideas. From keeping Amazon as its preferred partner to opening an experience store in Delhi, the brand has time and again surprised its fan base with its strategies. However, the approach of launching two devices under the same name, is something that other brands have already done in India. Though Oneplus also does the same, but it launches two different devices in a gap of at least six months time.

Himanshu said “Oneplus’ strategy might be different, as they want to protect their current market share in premium segment. They might launch Oneplus 7 at almost similar price bands as of Oneplus 6T. But Oneplus 7 pro might have incremental cost to move further into ultra premium segment.”

Vikash added, “The broader picture is BBK. The China-based smartphone company is present in almost all the price segments in India now. With Oneplus trying its hands on the premium and affordable flagship smartphone segments, it will be BBK that will benefit the most here.”

It is to be noted here that BBK operates Oneplus, Vivo, Oppo and Realme in India. BBK may also introduce Reno and Iqoo smartohone brands in India soon.

Apple India’s FY19 Profit Down 70 Per Cent Amid Low iPhone...

2019: The Combined Smartphone Shipments of Vivo, Oppo and Realme