After older iPhones getting banned in China, Apple faces another blow in Germany with a court order directing the Cupertino giant to stop selling iPhone 7 and 8 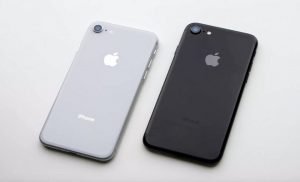 The District Court of Munich has ordered Cupertino-based Apple to stop selling its iPhone 7 and 8 models in Germany. The luxury phone brand, reportedly, had infringed a hardware patent of the US chipmaker, Qualcomm.

According to ET reports, the judge ruled that iPhones that contained a chip from Apple supplier Qorvo Inc violated one of Qualcomm’s patents around the so-called envelope tracking, a feature that helps mobile phones save battery power while sending and receiving wireless signals.

Mike Baker, Chief Intellectual Property Counsel, Qorvo, said in a statement that the US trade regulators had ruled that the company’s chips did not violate the US version of Qualcomm’s patent and that the chip’s inventor was not allowed to testify at the German hearing. “We believe our envelope tracking chip does not infringe the patent in suit, and the court would have come to a different conclusion if it had considered all the evidence,” ET quoted Baker.

Germany a smaller market for Apple

Stacy Rasgon, Research Analyst, Bernstein, said that Germany was comparatively a smaller market for Apple’s iPhones. The brand sold a total of 10 million units annually and the court ban would affect only half of the sales. China, on the other hand, posed as a huge market for the brand. China, Hong Kong and Taiwan together accounted for about one-fifth of Apple’s total $265.6 billion sales during the last fiscal year.

However, the newer models of iPhones – iPhone XS, iPhone XS Max and iPhone XR will continue to be sold in Germany

Apple and Qualcomm have been engaging in legal disputes for the past two years. It started with Apple alleging the latter of overcharging prices of its modern chips. Qualcomm has been taking legal actions against the Cupertino giant since then. The latest move was getting older iPhones banned in China and Germany.