The lawsuit along with the recent ban has created uncertainty over Apple’s business in one of its biggest markets. The lawsuit was filed during late 2017 by Qualcomm 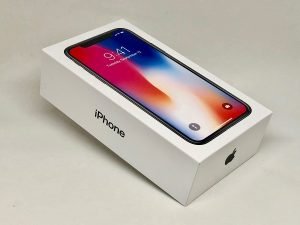 A court in China has ordered ban on sale of several Apple iPhone models, ranging from the 6S to iPhone X variants, in the country. Reuters reported that the ban was ordered as a result of Apple violating two patents of chipmaker Qualcomm Inc.

It is to be noted here that China, Hong Kong and Taiwan accounted for about one-fifth of Apple’s total $265.6 billion sales during the last fiscal year.

Apple has filed a reconsideration request with the court. It is being considered as Apple’s first step in appealing against the ban.

Case was filed by Qualcomm

The case against Apple, was initially filed by Qualcomm. It includes dozens of lawsuits and is a part of a global patents dispute between these two US-based giants.

The lawsuit along with the recent ban has created uncertainty over Apple’s business in one of its biggest markets. The court ban has come at a time when Apple is facing falling share prices and diminishing demand for new iPhone models.

Global chipmaker Qualcomm mentioned that the Fuzhou Intermediate People’s Court in China has ordered an immediate ban on sales of older iPhone models, from the iPhone 6S to the iPhone X variants. The court, as per Qualcomm, found that Apple had infringed two patents held by the company.

The lawsuit against Apple was first filed during late 2017 by Qualcomm. In order to enforce the ban, Qualcomm will now have to file separate complaints with the enforcement tribunal. iPhone maker Apple will also get a chance to appeal against the ban in the same tribunal.

Erick Robinson, former Qualcomm lawyer, told Reuters that while Chinese courts had become fairer in recent years, nationalism could sometimes be a factor in rulings. He said, “There is probably a political play here. Apple is a direct competitor to the biggest companies in China, whereas Qualcomm is a supplier.”

TCL Aiming to be Number Two TV Brand in India by...