The brand has launched it for a asking price of Rs 52,000 in the country. Dyson had recently announced its plans of relocating headquarters in Singapore 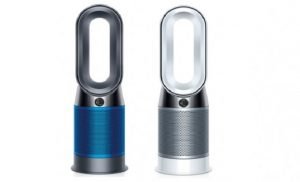 Dyson India has added a new air purifier to its range of consumer electronics in the country. Dubbed Dyson Pure Hot+Cool, the new air purifier, as per the brand, can deliver hot air in winters and cool breeze in summers.

The brand has launched it for a asking price of Rs 52,000 in the country. It is to be noted here that this is the first of its kind air-purifier in India.

Dyson moving its headquarters to Singapore

We had recently reported that Dyson is moving its headquarters from UK to Singapore. Dyson CEO Jim Rowan had refereed to Asia as one of the largest markets for Dyson. He had also said that consumers in Asia were always hungry for newer technologies.

A Twitter user who goes by the name of Simon Zerafa (@SimonZerafa), on Dyson relocating its headquarters in Singapore had tweeted, “Campaign for Brexit and then leave for Singapore? I’m sure you’re quite happy for other UK business to pay tax and their workers to buy your products though.”

The latest air purifier from Dyson feature a LCD screen that notifies about the amount of particles and gases present in air. Dyson claims that it uses a unique algorithm to show air pollution analysis real time. It also comes equipped with lasers which help in identify fine particles. An in-built a sensor detects volatile organic compounds while a separate sensor measures relative humidity and temperature.

It comes equipped with 360-degree vacuum sealed glass HEPA and activated carbon filters which, as per Dyson, can capture 99.95 per cent of ultra-fine particles. These particles include allergens and pollutants. 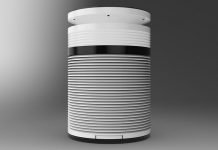