The e-commerce portal has announced that Tii54 smartphone by Tiitan Holdings will only be available on its platform for an asking price of Rs 4,999 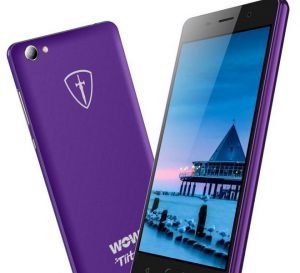 ShopClues has said that Tii54 smartphone featuring a 13-megapixel main camera, 3GB RAM, 32GB ROM and an 1.5GHZ Quad Core MediaTek processor will only be available on its online platform in the country. Priced Rs 4,999, the smartphone can be a tough contender to the likes of Redmi Go smartphone.

It is to be noted here that Xiaomi had launched Redmi Go at a asking price of Rs 4,499. Several experts had told EFY that Redmi Go smartphone might be a part of Xiaomi’s offline expansion strategy in the country.

Meenakshi, Forecast Analyst, Forrester had said, “Xiaomi understands Indian dynamics quite well. They are not only launching smartphone with cheaper price but also that supports regional languages, key to capture rural market. The objective is likely focused towards capturing feature phone users who are data hungry and are willing to replace their feature phones with smartphones to take advantage of cheaper data plans.”

The Tii54 smartphone by Tiitan Holdings features a five inch display screen. It features 3GB RAM and 32GB ROM. The company has equipped with a 13 MP rear camera and a Quad Core MediaTek processor clocked at 1.5 GHz.

Xiaomi Redmi Go smartphone, on the other hand, is powered by a Qualcomm 425 quad-core processor mated to Adreno 308 GPU, 1GB RAM and 8GB ROM. It also features a five inch display screen.

Realme Partners with Reliance Digital, My Jio for Offline Sales