ACE
Home Biz Trends Xiaomi is ‘as Indian as one can get’: Manu Jain, MD
Advertisement 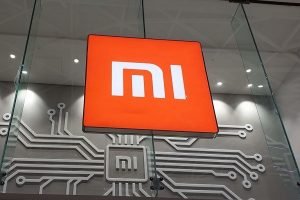 In an interview with Economics Times, the China based manufacturer, Manu Jain, MD at Xiaomi, said that the size of its business in India and its investment, local employees and factory, apart from domestic R&D, make the company “as Indian as one can get”.

The company, which has received flak on the social media (like many other Chinese firms) as India-China tensions rises, emphasized that it is “following the local laws in India”, added that “we are not doing anything wrong”. Amid the India-China tension, Xiaomi said that it should be seen as any other multi-national company operating in India, but with a strong local connect.

“Our sales will not be impacted”

“The only way to be successful in any country is to adopt local culture, local manufacturing, R&D themes, architectures… we are trying to do this here. Our entire leadership team in Indian, and no one from the HQs is sitting here,” Manu Jain, MD of Xiaomi India, told TOI. Mr. Jain also dismissed speculation that their sales may be impacted due to the growing anti-Chinese sentiment of Indian buyers.

“We respect localization and are largest generator of employeement”

After the government’s decision to ban over 100 Chinese apps, Jain said Xiaomi’s business here has been built on a strong foundation. However, he did concede that reactions on social media can be harsh. “I respect the sentiments of people. I am myself a proud Indian… I can understand why people could’ve reacted like that. (But) I don’t get disturbed about it. At the end of the day, my conscience is clear… We have paid the highest respect to localization, we are among the largest generator of employeement… this is most important,” Jain said.