The increasing shift from traditional to electronic toys due to exposure to technology at an early age has led to the increasing demand for technologically-driven toys. Therefore there is scope for the industry to thrive and sustain.

Toys have gained significant importance not only for children but also for grown-ups. Children use toys to discover their identities and to help develop their bodies; whereas grown-ups use toys to strengthen social bonds, exercise their mind and body, and decorate their living spaces. Toys are more than a means of simple amusement and have a profound effect on most aspects of life. Moreover, their use by a growing proportion of the population influences the economy vastly.

Toys are no longer just child’s play—these are big business. Today, there are ample opportunities for the electronics industry as toys become increasingly dependent on technology to provide key functionality and features. The electronic toys making industry consists of electronic games, video game consoles, technology-driven educational and learning toys, drones, robots and more. Over the years, the toy industry in India has witnessed a plethora of changes in terms of innovation, design and technology used. The increasing shift from traditional to electronic toys due to exposure to technology at an early age has led to the increasing demand for technologically-driven toys. Therefore there is scope for the industry to thrive and sustain.

India’s urban population is the second largest in the word—larger than the combined urban populations of all countries except China, the US and Russia. India has more than 800 Indian toys and games manufacturers, suppliers and exporters, most of whom hail from the unorganised sector. The Indian toy industry, fuelled by the vast domestic market, has now turned its attention to global markets and is fast gearing up to meet international standards and demands. 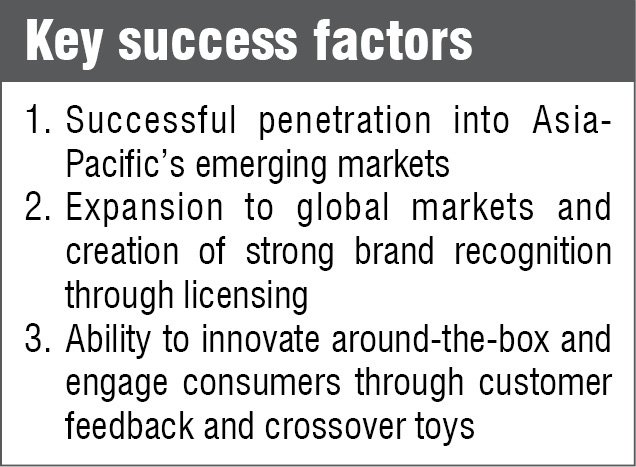 The Indian toy industry is driven by skilled workforce, diverse product range, growing innovation and creativity, and emphasis on technology-driven learning and education. It is set to grow at 25 per cent in the coming years and is beginning to export to a few developed nations around the world. The worldwide market for toys is huge and offers a plethora of potential for companies to pursue. But the interests of children, who are the primary consumers for toys, are changing faster than ever. Toy manufacturers have to create innovative toys to capture their interests.

Toys these days are popular not only among kids, but adults too have entered this field through the medium of sports and games. Many sports and games are played by adults at national and international levels representing their respective countries. Parents too prefer to play with their children in order to interact with the latter and thus engage in board games and other toys with them. The metros and category A towns account for most branded purchases and those that sell at higher price points. Largely, the rest of the market is highly price sensitive and items above ₹ 200 fall in the planned purchase category and not impulse buying. In category C and D towns, unbranded and lower-priced toys are sold at average price points of below₹ 100. However, the scene in India is changing very fast and there is enough scope for more number of players in the field.

Some common examples of electronic toys are remote control cars, model trains and racing car sets, educational toys such as toy computers, radio-controlled aeroplanes and drones, LED toys and so on. There are differences in the mechanical assembly of these types of toys, but the basic electronics principle is the same. These types of toys have four main units.

The transmitter sends radio waves to the receiver.

The transmitter sends a control signal to the receiver using radio waves, which then drives a motor, causing a specific action to occur. The motor(s) in a toy car may cause the wheels to turn, steer the vehicle, operate propellers and the like.

This is typically a rechargeable battery pack, but sometimes it is just regular battery cells.