Amidst the buzz of rising smartphone sales on the e-commerce platform, Flipkart, Lenovo has announced its partnership with the online major to ramp up sales 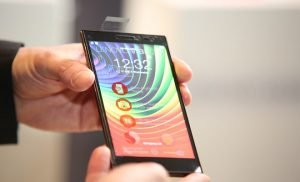 Lenovo has announced to raise its smartphone manufacturing capacity to 1 million units per month in 2019. Edward Chang, Lenovo Group Vice President, informed that the PC – mobile brand’s current capacity of 100,000 would be taken to around 500,000 to 1 million-mark by the later part of 2019.

The Lenovo VP believes that the market for smartphones in India will be equally shared between online and offline sales platforms by 2020. He also projects a business opportunity of around 60-70 million units annually. In order to tap into this opportunity to mark its presence and raise its value among the smartphone users in the country, Lenovo has tied up with the e-commerce platform, Flipkart to ramp up its sales. It will be featuring all its new launches in the online platform to attract smartphone users. The new launches have been kept within the range of Rs. 10,000.

Although the parent firm is eyeing to increase its production capacity, it has not included its Motorola brand in its expansion plan. Motorola has its own plan to cement its position in India’s smartphone market. It has opened around 700-800 Motorola centres called Moto Hubs in India for building its presence in the segment. From the state of securing its position in the top three ranks in India earlier, to slipping gradually by 2017, the brand has seen the market and to compete better with the other smartphone brands, it has come up with the plan to reach out to its target.

Lenovo’s focus, the VP said, had shifted from market share to brand experience and informed that it was looking at adopting Smart IoT. The PC-mobile maker plans to venture into wearable devices and by 2019 it has announced to introduce its flagship phone with the support of Flipkart in India.