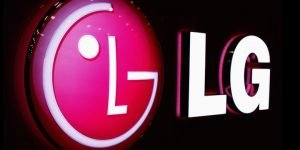 South Korea-based electronics major has announced about its plans to raise its sales in India through its premium products. It will be introducing an array of home appliances products to earn the profit and boost these products’ sales from 30 per cent to about 50 per cent of overall sales.

The new products will initially be priced at a higher rate and later, as sales hit the desired target, it will be brought down. The firm will soon be making its new range of InstaView door-in-door refrigerators, twin washing machine that can simultaneously wash white and coloured clothes in separate tubs, air conditioner with dual inverter compressor and dish-washing machine with steam.  LG, reportedly, will be investing around $7 billion in the research and development of these products. The production process will be carried on in the company’s US centre in view of the safeguard measures imposed by Donald Trump.

Chris Jung, LG Group Senior Vice President Head of Appliance Overseas Sales & Marketing, believes that the company’s growth will be great in India. He informed that the Chinese firms pose as major competitors to LG and to get ahead of in the game, LG would focus on improving its product range.

Commenting on India’s recent hike in the import duty on LED panels, the LG head said it would not affect its business in India. He added that the future lies in the application of new-age technologies like the Internet of things (IoT).

Samsung aims to be the ‘coolest’ refrigerator brand in India