India’s mobile-handset market is the latest theatre where East Asian rivalry is getting a vivid play. Such is the Chinese dominance at the bottom of the pyramid that Panasonic India is exiting the value end of the business — and scaling down its market-share goals. 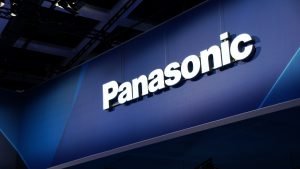 Japan’s Panasonic Corp, about a century-old powerhouse in consumer electronics, wouldn’t sell feature-and entry-level smartphones in India any longer because of the intense competition from Chinese brands. In a strategy overhaul, Panasonic would also bring the distribution responsibility in-house, and pare down the market-share targets to about 5 percent in two years from initial projections running into two digits.

After exiting the price-sensitive value segment, Panasonic will focus on the country’s fastest growing handset market where instruments are priced between Rs 7,000 and Rs 14,000, the company’s India president Manish Sharma informed. Panasonic India has also decided to establish its own distribution, and has ended the tie-up with the Jaina Group, which was tasked with re-selling Panasonic handsets in India for the past four years. Jaina also makes the Karbonn brand of mobile phones.

Apart from the pack leaders such as Oppo, Vivo, Lenovo-Motorola, Xiaomi, Gionee and Itel, a raft of Chinese brands entered both the feature phone and smartphone markets in India.

Sharma said the company wants better demand forecasting, and use supply chain, quality management, marketing communications and other platforms from the consumer durable business for rebuilding the smartphone business. The company will add more distributors at the district level to help sell 15 new planned models by Diwali.

For the moment, Panasonic wants to drive growth through the television and air-conditioner businesses, both of which increased 20-25 percent last fiscal. It has recently entered into partnerships with Tata Elxsi and TCS for artificial intelligence and Internet of things.