Consumer electronics major Panasonic India is set to invest in excess of Rs 1.5 billion on expansion of capacities across various segments and categories in India during the current financial year. 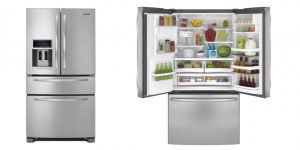 The company, which has already announced a manufacturing plant for refrigerators in Jhajjar, Haryana, will be investing Rs 1.15 billion in that. The plant will commence operations from January 2018 and will have initial production capacity of three lakh units per annum, extendable to five lakh units.

Panasonic, currently produces 65 percent of its refrigerators sold in India within the country and is expecting to take the number to 80 percent after the inauguration of the plant.

Among other product segments, company produces 80 percent of the mobiles, 75 percent of the televisions, almost 80 percent and air conditioners, that are sold in India, within the country itself. Balance quantity is imported from various countries including Japan.

The company will be investing Rs 0.48 billion on its upcoming India Innovation Centre (IIC), in association with Tata Consultancy Services, in Bengaluru this year.

Manish Sharma, President and CEO, Panasonic India and South Asia commenetd that the centre, over the next five years, will see a cumulative investment of Rs 2.4 billion.

Logitech Announces Acquisition of Blue Microphones for US$ 117 Million in...