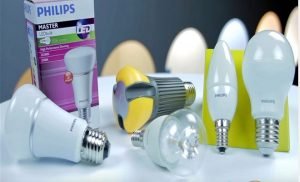 Philips lighting has planned to raise its prices by 3-5 per cent on its LED products following high import rates. The company relies largely on imported electronic components and the falling rupee, which stands below the 74-mark against the dollar, has led to the price review of these items. Sumit Padmakar Joshi, Philips Lighting CEO for South Asia informed that Philips uses plastics in most of its products and the price hike would mostly be observed on all its products, but a comparatively higher rate would be in the electronics components section.

He added that the selective price hike would be applied in the festive season, i.e. October-November period. Philips has further revealed that there would be another price review for in case of lower falling of rupee in the upcoming quarters.

Around 98 per cent of the Philips products are produced locally but in the case of electronic ones, it imports the components that go into the manufacturing process.

Ahead of Diwali, Philips is eyeing to raise its sales of lighting items. It bets on its network of distributors and retailers for the purpose. The CEO believed that despite the price hike plan, it would be able to hit its sales.

The government has increased import duty on electronic components up to 20 per cent to curb the high current account deficit. The aim is to cut down on imports and boost local production of these items. The revised import duties started its application from October 12.

Home Appliances Get Cheaper as Govt Announces 10 Per Cent GST...

Indian manufacturers in the ACE industry need urgent support from the...