Samsung Electronics Co Ltd is expected to post its smallest profit growth in more than a year in the second quarter, as lacklustre sales of its premium Galaxy smartphones overshadow its highly profitable chip business, as per Reuters. 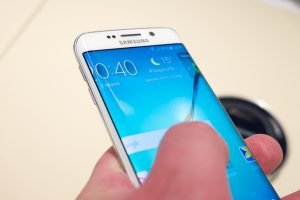 Analysts expect Samsung’s smartphone sales to drop in the April-June quarter, following a more than 2 percent drop in the previous quarter as consumers flock to cheaper models from Chinese rivals such as Xiaomi Corp.

Samsung’s lead over Apple Inc in the global smartphone market is under pressure after the U.S. firm’s iPhone X exceeded market expectations while a lack of technological innovation dogs Samsung offerings.

According to Reuters, Song Myung-sup, analyst at HI Investment & Securities, said that functions (that) Samsung’s mobile phones have are not attractive enough for customers to spend more money on.

Samsung’s latest Galaxy S9 flagship phone, launched in mid-March, boasts lots of software but little in the way of technological wizardry. It is on track to sell less in its launch year than its predecessor Galaxy S8 series sold in 2017 after its debut, analysts said.

This is expected to drag on profit growth when the Korean conglomerate posts second-quarter earnings on Friday.

Analysts expect an operating profit of 14.9 trillion won ($13.3 billion) for the quarter, up 5.7 percent from a year earlier but less than the record 15.6 trillion won it posted in the March quarter, according to a Thomson Reuters poll.

Samsung, whose shares are down 9 percent so far this year, is also expected to issue guidance for the April-June quarter on Friday, giving estimates for revenue and operating profit. It will disclose detailed results in late July.

CBIC to Look into Increasing Import Duty on Consumer Durables