Smartphone markets are largely led by China and other countries.The list of top five smartphone companies does not include any India based smartphone brand 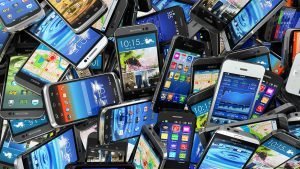 Tarun Pathak, associate director at Counterpoint Research, said that this is the first time that the global smartphone market has witnessed decline for a whole year. The decline in smartphone shipments can be attributed to lengthening replacement cycles in developed markets like US, China and Western Europe. Smartphone OEMs tried to push sales by adding features such as AI, multiple camera assemblies, full-screen displays, in-screen fingerprint scanners etc. but consumers held on to their devices longer due to the absence of groundbreaking innovations and higher prices of devices being offered by the OEMs.

Consumers holding on to their devices for longer periods of time

One of the biggest reasons behind the slowdown or decline of global smartphones market  may be the decision of consumers to hold on to their devices for longer periods of time. Lack of innovation and flood of almost similar spec devices can be counted as one more reason.

Rajeev Kumar who owns a Mi Note 4 that was originally purchased in October 2017 said that he did not feel that anything in terms of technology and specs of new smartphones had changed. He will further wait at least till upcoming Diwali to see if anything comes up.

Road tough for local brands in 2019

A research analyst, Shobhit Srivastava commented on market dynamics in 2019 that the collective smartphone shipment growth of emerging markets such as India, Indonesia, Vietnam, Russia and others was not enough to offset the decline in China, which was responsible for almost 1/3rd of global smartphone shipments in 2018. With China showing little or no sign of recovery due to various politico-economic factors, Chinese brands are looking to expand overseas. To increase market share, Chinese brands have been aggressive in both hardware/software design and marketing. They are bringing many firsts into smartphone designs and are taking multiple brand strategies to enter new segments without making a compromise of their brand image.

He added that the increasing competition from both Chinese and global smartphone players will make it tougher for already suffering local brands. Top brands will continue to eat market share of smaller and local players.Smartphone OEMs in 2019 are looking to launch devices with innovative designs and specifications such as 5G, foldable displays, punch-hole cameras, full-screen in-display fingerprint scanners to lure consumers to upgrade. With Chinese OEMs Huawei, Oppo, vivo, Xiaomi (HOVX) improving their quality and taking the lead at launching these new features, it has become tough for both global brands and local brands alike to sustain market share.

For Q4 2018, Huawei, Oppo and Vivo continue to dominate with strong performances in China, India, Asia and parts of Europe. BBK Group (which owns Oppo, Realme, Vivo and OnePlus brands) is collectively the world’s third largest manufacturer, even bigger than Huawei in terms of volume.

Smartphones With Amoled Displays to be in Trend in 2020?