The company says it is the largest electric vehicles charging network in Europe. It has car manufacturers, fleet operators and leasing companies as partners 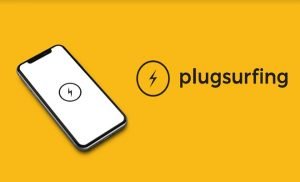 It also announced its partnership with Spain’s EasyCharger last month. As an aftermath of the partnership, Plugsurfing now has a electric vehicle charging network in Spain as well. In return, Spanish car drivers will now be able to charge their electric cars at over 110.000 charging points across Europe.

“This partnership is a great step forward for our network and for electric car drivers seeking effortless charging solutions in Spain. Plugsurfing is happy to partner with likeminded companies in order remove barriers and innovate to make clean transportation accessible,” said Jacob van Zonneveld, CEO, Plugsurfing.

Daniel Pérez, CEO, Easycharger, said, “We believe that it is a great opportunity for EasyCharger to have the Plugsurfing customer network to reach a larger market.”

Plugsurfing is also a partner of Jaguar and Land Rover car brands. The formal announcement of this partnership was made in July 2018. Mick Cameron, head of e-Mobility, Jaguar Land Rover had said, “We are aiming to simplify the charging process through simple accessibility, usability and payment in one solution. With the number of accessible charging points rapidly growing as new operators work with the Plugsurfing network in major markets throughout Europe, it helps our customers to be working with the leading provider.”

He added, “Plugsurfing is working to influence and drive infrastructure policy to expand the number of charging points available across Europe for Jaguar and Land Rover users.”