Advancements in technology over the last decade have led to phones getting smarter with time. While artificial intelligence (AI) already powers several features on smartphones like maps and virtual assistants, the number of smartphones with dedicated AI-powered chips is growing at a fast pace.

With incorporation of AI, phones can now take their own decisions based on surroundings without having to be programmed to do the same. When computations are done locally, it ensures lower latency with power optimisation and better security as data is not uploaded to the cloud over the Internet. Other benefits include personalisation and an enhanced augmented reality (AR) experience.

With so many smartphones out there, it becomes confusing to choose the right one until you know the parameters to consider beforehand. Some of these parameters are discussed in the next section.

Processors are responsible for on-device AI capabilities. Manufacturers are specifically focused on processors for AI-based imaging, connectivity, security and multitasking. This enables improved virtual assistants, secure fingerprint scanners and face IDs for unlocking. Many of the functions can be performed even without an Internet connection.

Processor speed, which denotes the maximum speed of operation, should be high for better performance. A neural processing unit (NPU) uses machine learning to learn over time and automate different tasks. A neural engine ensures fast performance and enhanced efficiency.

Higher resolution, such as that in quad high-definition (QHD), when compared to HD, means better display quality. Screen-to-body ratio percentage denotes the amount of surface the screen represents as compared to the entire smartphone. A higher percentage means a larger screen.

An operating system (OS) is the main software on which the phone operates. Google’s Android OS is generally found on most devices, although iPhones use iOS. Huawei officially unveiled its Harmony OS in 2019 to replace Android OS on its devices.

With AI-powered phones, the ability to perform battery-intensive tasks is higher. It is necessary to choose a higher mAh battery to prevent the phone from draining easily. Many phones come with options such as Qi wireless charging and reverse charging that shares power with another device. Some devices also limit battery usage for applications that are not used often.

While dual-band (2.4GHz+5GHz) Wi-Fi connectivity is common in most phones, devices with next-generation standard, Wi-Fi 6, are also coming up in the market. When it comes to Bluetooth, latest phones support version 5.0, which has better speed and higher bandwidth as compared to previous versions.

Working with a processor, good RAM is essential for higher speed and seamless operation of tasks. Along with it, high internal storage (ROM) ensures enough space for different applications. Many phones come with the option to expand internal storage, while variants with different sizes are also available in the market.

This is one of the most prominent features where AI is used for such tasks as better facial recognition and object detection. These devices come with multiple rear cameras along with a high-resolution front camera. Smart HDR gives more highlight and shadow detail to images.

Telephoto camera is good for portrait and distant photography. For selfies, there is portrait mode with depth control option. AI algorithm adjusts camera settings for better selfies. Machine learning is used for background blur. All these give pictures enhanced clarity and ensure no pixelation.

Here are some of the options that you may like to consider while making the purchase. Prices may vary on different e-commerce websites.

It has 6GB RAM and 128GB inbuilt storage. The 4000mAh lithium-polymer battery can be charged with a 5V, 4A fast charger. Other features include AI dual-frequency GPS for more accurate positioning. It is priced at ₹ 24,999.

There is another variant that has 8GB RAM and 256GB storage. 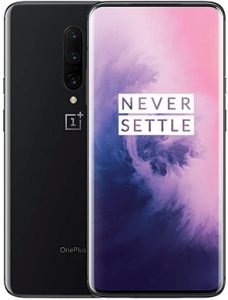 Along with 6GB RAM, it has 128GB inbuilt storage. It supports both Bluetooth and Wi-Fi connectivity. Apart from this, it has 4000mAH lithium-ion battery. Other features include an in-display fingerprint sensor and UFS 3.0 technology for quick file transfer. It is available for ₹ 48,999.

It has a 3430mAh battery, and Qi wireless charging is possible. It also has 4GB RAM and 128GB ROM. It comes with both Wi-Fi (2.4GHz+5GHz) and Bluetooth v5.0 network connectivity options. It is also IP68 water- and dust-resistant, and supports AI-powered Google services like Google Assistant and Google Lens. It can be bought for ₹ 65,999.

The other variant comes with 64GB internal storage. 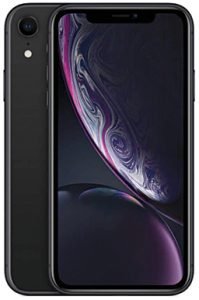 Enhanced bokeh mode feature is used to blur the background in portrait mode photos. The phone has 3110mAh lithium-ion battery and works with Qi wireless chargers. It is IP68 water- and dust-resistant (maximum depth of two metres up to thirty minutes), and advanced Face ID provides secure and fast authentication. The price starts at ₹ 64,900.

The phone comes with triple rear cameras—16MP (ultra-wide)+12MP (wide-angle)+12MP (telephoto)—and 10MP front-facing camera. Along with 8GB RAM, it has 128GB internal memory. Other features include in-display ultrasonic fingerprint scanner for security, wireless power share and intelligent Wi-Fi 6 connectivity. It is available for ₹ 56,500.
The other variant comes with 512GB ROM.

Realme All Set to Launch Realme 5s in India