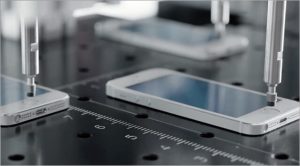 The Indian Cellular and Electronics Association (ICEA) and McKinsey report that had earlier proposed a 10-year tax holiday for mobile handset manufacturers, said that the tax relief can help the segment grow by 11 folds by 2025, which amounts to about $230 billion. It said that the companies can accelerate the growth if the government focuses on exports.

The updated report said that India could produce around1,250 million handsets by 2025 if the emphasis is laid on the exports market. It would also result in employment generation of over 47 lakh jobs in the assembly, programming, testing and packaging (APTP) operations sections.

Citing the country’s initiative that stresses on boosting local manufacturing, the report said that the focus should be on Making in India for the world and not just for India. The current market scene requires policy support of 10-year tax exemption and tariff reduction on capital goods used for mobile manufacturing.

ICEA said that if India restricts itself to making mobile handsets and components only for India, it would be likely to manufacture only 450 million handsets and employ 18 lakh people for an industry worth around $80 billion by 2025.

It has suggested reforms in tax policy, labour laws and e-waste to shift attention to the exports market and draw investments from manufacturing companies across the world.

India’s PMP has been able to garner the attention of around 51 component manufacturing units in 2016, out of which, only 10 were set up in the following year. The report recommended for the 10-year tax holiday on the profits of mobile component and handset manufacturing.

Phones worth Rs 94 cr to be manufactured in India