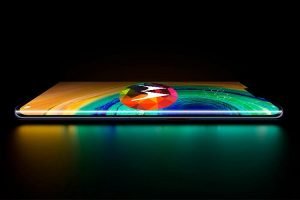 Motorola launched the first look of the Motorola Edge+ via online channel. The phone was expected to debut at Mobile World Congress 2020. However, the event got canceled and the company has not announced this smartphone, but the renders of Motorola Edge+ have surfaced online. The product will be retailed at an MRP of 48,990 and is supposed to cater to the premium audience.

Motorola Edge+ will come with a waterfall display with extremely curved left and right edges. The edges of the Motorola Edge+ looks similar to the Samsung Galaxy S9 model. The selfie camera is placed at the top-left corner in the front side the phone. As per the rumors, the screen size of the product will be between 6.5 or 6.8 inches and the phone will be equipped with full HD+ 6.67-inch display with 90Hz refresh rate support. Also, the display will be embedded with a fingerprint scanner.

Expected to have a Noise-cancellation mic

The product features a vertical triple camera setup at the back. Alongside camera module, there lies dual LED flash and a couple more sensors. Above the camera is a noise-cancellation mic and another one can be seen towards the bottom of the back panel.

The Motorola logo on the rear has a surrounding LED ring that is that is probably going to serve as a notification light. The phone has a 3.5mm headphone jack up top, while the SIM card tray, USB-C port, and speaker grille are at the bottom.

According to the sources, the smartphone will be powered by the latest Qualcomm Snapdragon 865 processor along with Adreno 650 GPU. The product will be backed by up to 12GB of RAM. Motorola Edge+ will come with over 5,000mAh (maybe 5,170mAh) battery and Android 10.