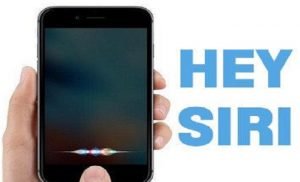 Apple Inc has reportedly acquired AI startup Silk Labs via a small deal. The acquisition is another reminder of Apple’s focus on developing better AI for smart electronic devices.

Silk Labs that specialises in AI development for smartphones and smart devices had introduced an intelligent home camera ‘Sense’ in 2016.

As per a report by The Information, the Apple’s Silk Labs acquisition is being seen as a move aimed towards “development of software lightweight enough to fit onto consumer hardware and electronics.”

Silk Labs claims of specialising in services encompassing surveillance, retail analytics, and home security via use of edge computing and encryption. This makes it fall in line with Apple’s focus of developing smart electronic products that does not collect data and processes on a cloud.

Craig Federighi, an Apple executive, had earlier said, “When it comes to performing analysis of your data, We’re doing it on your devices, keeping your personal data under your control.”

Silk Labs, co-founded by ex-Mozilla employees Andreas Gal, Chris Jones and Michael Vines had launched a smart home product ‘Sense’ in 2016. Touted as an “intelligent camera and hub for your smart home”, Sense as per the company was intended to connect electronic products like speakers and cameras installed inside a home setup.

However, Silk Labs cancelled the product in June 2016 as the company was only able to raise $150,000 in funding. The company then announced that it will focus on developing AI software for other firms.

It is worth mentioning here that both Apple and Silk Labs are aimed towards developing privacy-centered AI. Apple is yet to release an official statement on the acquisition of Silk Labs.

The Information reported that Apple paid a small purchase price for acquiring Silk Labs. The startup, with a team strength of a dozen employees, had raised around $4 million funding earlier.