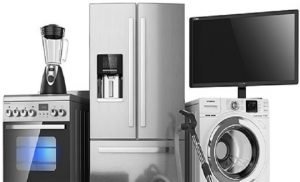 The appliances industry is set to drive the Make in India initiative following the hike in import duties on white goods. The manufacturers have planned over Rs. 6,500 crores investments on making their products in India within the next two years.

The government had imposed a hike in the import duties on white goods such as refrigerators, washing machines, air conditioners and their components following the falling rupee value against the US dollar. The Make in India move was to balance India’s current account deficit with its trade partners by cutting down on imports and increasing domestic production which would also generate employment. This had prompted the local manufacturing plans by major white goods manufacturers to make huge investments in setting up factories and produce locally.

In September, the government of India had increased import duty on white goods to 20 per cent. It also hiked the 7.5 per cent duty to 10 per cent on imports of compressors for ACs and refrigerators. Overall, importing appliances carried an overall 10 per cent import duty.

In December, import duties on smartphones and television sets were increased which led to a massive wave of investments in setting up local manufacturing units.

The white goods producers have invested heavily in local manufacturing of all their products except for premium models and components such as heat exchange coils and compressors. Industry analysts have predicted a further hike in import duties to strengthen the ‘Make in India’ initiative.

Appliances giants across the world have lined up investments to set up manufacturing and integration units in India. This year has drawn investments from companies like Hitachi, Haier, Panasonic, Bosch and many more.

While Panasonic is in talks with suppliers for components manufacturing, Bosch has recently announced about investing about Rs. 800 crores on a manufacturing facility for refrigerators. The company also manufactures its washing machines locally. Midea group will be manufacturing compressors with an investment worth Rs. 1,350 crores.

ET has quoted Kamal Nandi, Business head, Godrej Appliances and president, Consumer Electronics and Appliances Manufacturers Association (CEAMA) saying that major brands in countries with which India has inked free trade agreements (FTAs) were considering manufacturing in India as it may be cheaper due to lower labour costs and the high freight costs from overseas going down.