Domestic smartphone maker Karbonn Mobiles is planning to foray into television market by the end of this year. 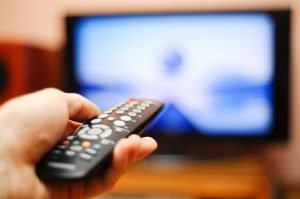 In this regard, the company will invest Rs 150 crores to set up a new Smart TV manufacturing unit in Noida.

Other two companies Reliance Jio and China’s LeEco, are also planning to enter the Indian television market with an aggressive pricing strategy and bundled content, which they expect will pose a challenge to the top three brands — Samsung, LG and Sony.

According to industry estimates, leading players like Samsung, LG and Sony together control around 70 per cent of the Rs 20,000-crore LED television market in India with Sony and Samsung competing aggressively in the premium 40-inch plus segment.

Meanwhile, domestic firms, Videocon and Micromax together have 15-20 per cent share.
Karbonn has already invested Rs 200 crore in its new mobile manufacturing plant in Bawal in Haryana, and will invest Rs 400 crore more to add the surface-mount technology (SMT) production and assembly lines, along with charger and battery units.

Karbonn currently has two operational factories in Noida, and one unit in Haryana’s Bawal. The Bawal unit is fully owned by Karbonn, while the two Noida facilities have been established in partnerships with Dixon and China’s Water World Technology, respectively.