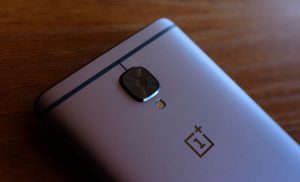 Carl Pei, co-founder of OnePlus brand says that OnePlus mainly focusses on long-term targets rather than the short-term ones to maintain its recently attained top position in the smartphones segment in India. He informed about the company’s short-term plan to manufacture smartphones in the affordable range between Rs. 10,000-15,000 and introduce these in the Indian market.

He considers the country has yet to expand its premium market for smartphones, which is why the brand is focussed more on the production of affordable devices to cater to a larger audience. As per Mint reports, Pei believes that it is completely fine to forgo the short-term opportunities to last longer. He said that the premium segment was still growing and OnePlus would introduce premium smartphones once the market offered feasibility. However, he also fears that investing in the current ranges may result in loss in the long-run.

OnePlus expects the premium market improves in the coming years with the improvement in the lifestyle of the people. It believes that will help in drawing profit from this section in the future. The company, which is currently entering the smart TV segment in India is planning to make investments in the country with an eye to expand its footprint here.

As per the Counterpoint Research report, OnePlus has a market share of around 30 per cent and users have been increasingly preferring its smartphones over the other available ones. The brand has launched its flagship product, OnePlus 6T in India.

Gurpurab and Weddings: Festive Season Not Over For Samsung Yet?

LG G8 ThinQ Smartphone May be Focused Around Selfies