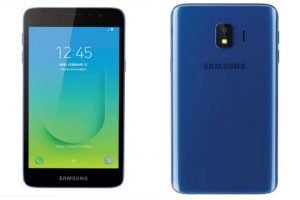 Samsung has announced the launch of Galaxy J2 Core smartphone in India. The smartphone is based on Android Oreo, also known as Android Go OS edition, and is priced at Rs 5,209.

Interestingly, the news has just weeks after Redmi’s announcement of Redmi Go smartphone. Both the smartphones are based of Android Go OS. It seems as if Redmi and Samsung have set their eyes on the rural and offline smartphone market in the country.

Samsung has a wider offline presence

While both the companies are trying to woo the consumers with affordable smartphones, it is a plain fact the Samsung has a better offline network in comparison to Xiaomi in India. China-based Xiaomi, being one of the new brands in the country, is currently expanding its offline network. Korea-headquartered Samsung, on the other hand, is one of the oldest and most experienced smartphone brands in India.

Meenakshi, forecast analyst, Forrester India, at the time of Redmi Go launch had told EFY-ACE, “Xiaomi understands Indian dynamics quite well. They are not only launching smartphone with cheaper price but also that supports regional languages, key to capture rural market. The objective is likely focused towards capturing feature phone users who are data hungry and are willing to replace their feature phones with smartphones to take advantage of cheaper data plans.”

It is to be noted here that Xiaomi currently has 50 Mi Home stores and 500 Mi Stores in India. It’s retail network consists of 4,000 preferred partner stores in 50+ markets in the country.

Faisal Kawoosa, founder, Techarc, had earlier said, “As per our estimates, rural markets constitute 23 per cent of the smartphone market in India. And in this market Samsung has a huge brand equity apart from other brands like Micromax, Lava, etc.”

Samsung the equipped a 5MP sensor each on the front and rear of the smartphone. It is powered by a 2600 mAh battery. It weighs 142 grams. Connectivity features on the smartphone include 4G VoLTE, Wi-Fi, Bluetooth 4.2, USB 2.0, GPS and Glonass. The phone supports dual sims and FM Radio.