Vivo plans to invest Rs. 3,500 crores each during its first and second phases of expansion and this is likely to create about 25,000 jobs within a year 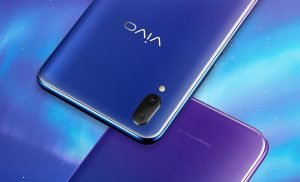 The Yamuna Expressway Industrial Authority (YEIDA) has allotted 169 acres of land to Vivo to set up a new manufacturing facility in Gautam Buddh Nagar. This will be the smartphone brand’s second unit after Noida. Vivo plans to increase its production capacity with an investment of around Rs. 3,500 crores with the new facility.

Arunvir Singh, CEO, YEIDA, said that Vivo had applied for the land allotment to expand its base and boost its manufacturing capacity. The brand will invest Rs. 3,500 crores in the first phase of the expansion plan, which, in turn, will help generate 25,000 employment opportunities within a year. He added that the locals would be given preference by reserving about 30 per cent of the jobs created.

Vivo is planning to invest another amount of Rs. 3,500 crores on acquiring another 200-acre land during the second phase of its expansion plan. It is expected that around 15,000 jobs will be created during this period. The CEO views that the region will soon become an electronics hub with the setting up of the new proposed units.

Vivo’s Noida unit manufactures nearly 25 million handsets annually. It also has a test lab that examines the manufactured products on over a thousand levels of quality and durability. It has a staff strength of more than 5,000 in this plant. This facility manufactures and assembles the Vivo smartphone models such as Y53, Y71, Y83, V9 and Vivo V9 Youth across all the price segments.

The smartphone maker claims that the manufacturing facility has increased production to more than 2 million units per month. It says that the newly added surface-mount technology (SMT) lines are catering to the demand for Vivo handsets in the country including the flagship models, Vivo Nex and Vivo X21.

Looking to partner telcos in India for smart appliances: LG