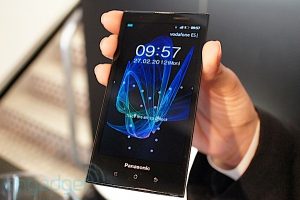 As per Panasonic India’s latest regulatory filings with the Registrar of Companies (RoC), the company’s revenue from the Indian market dipped for the second consecutive year with Japan’s leading consumer electronics maker facing intense competition in the smartphone and television markets, and consumers shifting to buy value for money Chinese and online focussed brands amidst an economic slowdown.

The company stated that the proceeds from sales of services has increased by 22 per cent as compared to last year. It said the operation of the company was affected during the year due to certain internal and external factors and risk scenarios.

Mohit Yadav, founder at Veratech Intelligence informed ET Telecom that the company had first amended its memorandum in 2015 when it decided to expand its portfolio of goods and services in India. Despite this, the same company’s topline hasn’t seen any remarkable growth. The current measure of venturing into new businesses seems to be a part of the same strategy of diversifying and opening new revenue streams.

Panasonic informed that the television market in India witnessed a slowdown due to volatile exchange rates and higher customs duties on open cell TV panels which impacted the company’s performance. It said the refrigerator business grew strongly, and in the B2B segment the SMT machine/smart factory solutions business grew by more than four times.

A Panasonic India spokesperson told ET that the drop in profit is due to few factors such as exchange rate impact with the rupee depreciating during that period, the impact of Capex investments and drop in mobile phone revenue.

The person added that the company has shifted its mobile retail business mostly on the e-commerce platform and focusing on limited models. The company’s appliances business specifically refrigerators grew by 74% growth in FY19 while the industry recorded a negative performance of 3%. With respect to TV, the industry has seen a de-growth hence we also de-grew but maintained market share.

Panasonic India spokesperson further stated that the company has invested significantly in B2B and smart factory solutions which has grown over four times.

The Possible Effect of Coronavirus on TV Makers: Omdia