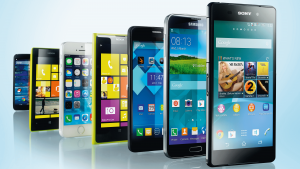 Mobile handset vendors have recommended the government to essentially restore the old rule of acknowledging an undertaking with bond or bank guarantee for importing parts for mobile manufacturing, instead of submitting a surety, which has led to higher costs.

The situation for parts import covers around 27 per cent of the input value, which amounts upto Rs 10,000 crores of working capital, which gets locked up with an interest cost of Rs 1000 crore per month, besides administrative costs of conformity.

While requesting immediate inversion to the old system with simple undertaking with bond., Pankaj Mohindroo, National President of the ICA opined that the modification to replace bank guarantees with certainty is also not working as the industry has to fall back on guarantees due to derth of resources, especially in case of FDI companies.

ICA notified that the recent changes in custom rule have added various complication in the manufacturing of mobile phones and its parts, and have resulted in shocking outcomes on manufacturing operations in the country.

The ICA has also proposed a remedy in the rule for the utilization period of the imported goods for mobile manufacturing to the earlier six-month period, from the current three months, which has taken away the cost advantage of bulk buying.

ICA notified that the normal limitation period for demanding duty has been lifted to two years and recovering the period to six months will not create any harm to the department for demanding any short payment of duty.