Vishal Sehgal, co-founder of Lava Mobiles, has launched an IoT company called Ottomate, and its first product is an innovative smart fan. He talks to EFY-ACE about his roadmap to ‘smarten’ traditional electrical appliances 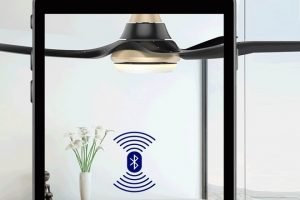 Que 1 – Why did you decide to launch a smart fan among all the other devices you could smarten?

Ans – Look around your house, while every other appliance, from your refrigerator to your AC to your microwave is becoming smarter, the humble old fan just lurks around and does what it is supposed to do. From my research in the past two years, every Indian household has a fan, irrespective of whether it has an AC or not. This got me thinking. For the last 4 decades, no major innovation has taken place in the area of fans.

The fact that a fan is an inseparable component of an Indian household, led me to make it a starting point to an IoT revolution. The next step was identify the right technology that could be leveraged to smarten a fan. We zeroed in on Bluetooth mesh technology and created our product around it.

Que 2 – So, what does the Ottomate Smart Fan do?

It solves a handful of challenges that exist with a traditional fan. Firstly, the Ottomate Smart Fan doesn’t restrict itself to 4 or 5 preset speed modes. You can use a slider of your smartphone to adjust the speed of the fan. The fan is intelligent enough to sense temperature and moisture levels in your room, and adjusts the speed automatically, using a unique algorithm.

Secondly, you have the option of either operating the fan with a remote or your smartphone. A Qualcomm CSR1020 chip is embedded in the fan, making it smart by connecting to a Bluetooth mesh. Since you communicate with the fan using Bluetooth, you can operate it even without a wi-fi connection. To round things off, we have an all-inclusive, minimal interruption installation and demo system.

Que 3 – How do you convince consumers and your partners to buy a smart fan?

Today, most of our target buyers are savvy enough to understand that a fan can be operated and intelligently controlled without a regulator on the wall. However, we are also training our partners and retail outlets on the concept of a smart fan.

For this, we first advocate the concept and then undertake a detailed demo. Each Ottomate retail outlet has a full fledged demo zone where a fan is mounted and buyers can experience its smartness first-hand. Also, the refresh rate of a fan purchase is abysmally low. We are countering this by offering our smart fans at a minimal premium and urging buyers who are renovating their houses, to procure smart fans.

Que 4 – How are you differentiating yourself among other smart fan manufacturers?

We firmly believe that you cannot smarten a fan just by replacing the regulator on the wall. This is what most smart fans in the market do. We go a step further and make the fan intelligent enough to choose the optimum mode for you, even give you a breeze effect, depending on ambient temperature. Also, we use the Bluetooth mesh technology, that allows us to create a network of multiple Ottomate fans and control them from a single remote or multiple smartphones.

You can also turn off all the fans in one go when you are leaving your home. Our products also come with surge protection, spike protection and a lower voltage cutoff. Our 14 pole motor generates higher torque, using 12 per cent more copper than other fans.

The combination of Bluetooth mesh technology, unique algorithms and sturdy build quality differentiates us from others. Finally, we understand the reluctance of Indian buyers to suddenly migrate to a smart fan. For them, we have a smart-ready solution, which operates as a regular fan, and when you buy a smart module, we come and attach it to your fan, making it smarter. Our range starts at Rs 3,999, which is pretty much what you would pay for your regular fan.

Que 5 – What, according to you is the future of IoT in India?

Smart fan is just our first offering. Once we see the adoption of Bluetooth mesh technology grow, we are planning to introduce an entire ecosystem of products. The potential for IoT in India is huge. Once we identify the right technology to enable it, the possibilities are endless.

(This story is written by Vishnu Anand. He is working as a technology and business journalist under the guidance of veteran journalist Anand Parthasarathy (Ex-The Hindu).

AIWA Looks To Grow Audio Business To Rs 200 Crore In...