From students to professionals, tablets are a popular option when it comes to daily work or other such activities as reading, gaming, drawing, voice-calling, browsing, streaming, etc. Tablets are lightweight and portable, hence easier to use than laptops or PCs. These usually have a bigger screen size than smartphones. To accommodate the needs of every user, tablets come both as convertible tablet PCs as well as standalone options.

A convertible tablet PC can act as a laptop when a detachable keyboard is used with it—it also provides the additional capability of touch. It works with a stylus, too.

Not required for heavy tasks, a standalone tablet, on the other hand, is much more portable and cheaper. It has an interface like a smartphone with the operating system (OS) being mostly Android or iOS.

Such functionalities have increased the demand for tablets in the market.

Based on the purpose of buying a tablet, it becomes easy to choose the right one once you are clear about the features. Some of these features are discussed next.

Screen size and resolution are necessary to understand how many pixels will be present in one square inch. The higher the pixels per square inch, the better the display quality. High-definition (HD) resolution means 1280×720 pixels, full HD means 1920×1080 pixels and quad HD means 2560×1440 pixels. On average, standalone tablets have a display size of 20.3cm to 26.7cm (8 inches to 10.5 inches). As in convertible tablet PCs, a large screen size is better for work.

Portability and durability are important, especially for travellers. Most tablets have metallic bodies. Smaller and lightweight ones are easy to carry around.

mAh (milli-ampere hour) is the unit of electric charge, which is usually mentioned in battery specifications. The larger the mAh, the higher the battery capacity. To power a device for a longer time for multitasking activities that involve intensive tasks, a higher mAh is required. Besides, one should charge the battery with a charger that has the same current capacity to ensure longer life of the battery.

While three to four gigabytes (3GB to 4GB) RAM suffices the purpose of tablets, high internal storage (ROM) is also essential for tasks like storing movies. Inbuilt storage is usually around 16GB to 32GB, but many tablets come with the option to expand storage to as high as 512GB.

The processor is the most important component for good performance of tablets, as it includes both CPU and GPU. Just like laptops, Windows tablets generally use Intel processors, but their counterparts mostly contain the ones found in smartphones such as Qualcomm’s Snapdragon processor.

Clock speed of 1GHz means that one billion instructions can be processed in one second. The higher the clock speed, the better the performance.

Convertible tablet PCs mainly use Microsoft Windows OS for providing two-in-one capabilities. Other tablets use Apple iOS and Google’s Android OS. The option to update the OS is usually available manually. As the tablets get older, updates are no longer provided. Released in 2018, Android 9 Pie is the latest Android OS.

For functions such as browsing, voice-calling and streaming videos, network connectivity is required. Technologies supported by tablets are Wi-Fi, Bluetooth, Hotspot and 4G. Along with 2.4GHz spectrum, 5GHz spectrum is also supported in many tablets along with Wi-Fi connectivity. To use 4G wireless (cellular) technology, single or dual SIM slots are available to insert the SIM, but the data plan needs to be bought separately.

When it comes to the rear camera, resolution lies in the range of five to ten megapixels. The front camera has a lower resolution than the primary one. Although smartphones are the preferred choice for cameras, tablets still give the option to capture images and share them.

There is a wide list of options that caters to every user. Here are some of the budget-friendly options that can help you decide which one works for you. Cost may vary on different e-commerce websites.

This has a 24.64cm (9.7-inch) display size, and display colours can be changed to enhance visibility. Weighing 478 grams and having a thickness of 7.5mm, it is a portable but durable device. It supports ten hours of battery life on a single charge, and comes with touch ID for secure authentication. 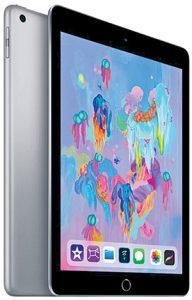 Storage capacity is 32GB, and Wi-Fi (802.11ac) speeds are up to 866Mbps to ensure smooth connectivity. Besides an onscreen keyboard and multi-touch gesture support, it is also compatible with Apple Pencil and Bluetooth keyboards.

Along with 8MP rear camera and 1.2MP HD front camera with HDR, it supports up to 1080p HD video quality. It also has several useful built-in apps and assistive features. It is good for multitasking, and is priced at
₹23,999. 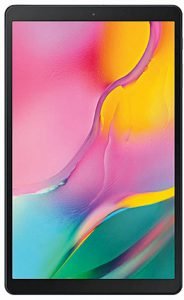 Battery capacity is 6000mAh. With Wi-Fi and Bluetooth connectivity, it makes multitasking faster. It has 2GB RAM along with 32GB (expandable) internal memory. It also has 8MP primary camera and 5MP front camera. Other features include parental control for security and dual stereo speakers with Dolby 3D Atmos surround sound. It is available for ₹14,999.

It has a 25.65cm (10.1-inch) FHD multi-touch screen with 1920×1200 pixels resolution. It weighs 480 grams and has a thickness of 8mm. Android v8.0 Oreo OS is upgradable to v8.1. The tablet is powered by 1.8GHz Qualcomm Snapdragon 450 octa-core processor, paired with 3GB RAM and 32GB (expandable) internal memory. It has both 4G and Wi-Fi connectivity. 4850mAh lithium-ion battery provides talk time of up to eight hours. 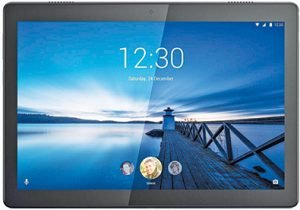 The device comes with 5MP primary camera and 2MP front camera. Other features include single SIM, optional kid’s pack, dual front-facing speakers with Dolby Atmos and shock-resistant bumper for safety. It is good for multimedia entertainment, and can be bought for ₹16,990. 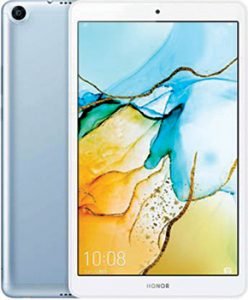 Along with 3GB RAM storage, it has 32GB (expandable) internal storage. It comes with 5100mAh lithium-polymer battery. It offers both Wi-Fi and 4G connectivity. The primary camera has a resolution of 8MP, while the front camera has 2MP. The tablet comes with parental control and face unlock for security. Other features include single SIM, dual stereo speakers with Dolby Atmos sound, GPU Turbo 2.0 for graphics and others. It is available for ₹15,499. 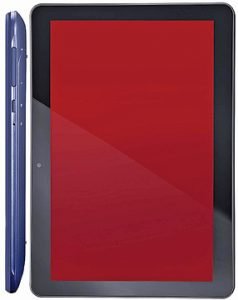 The lithium-polymer battery capacity is 7000mAh, which provides a talk time of around thirty hours. Other features include dual SIM, micro SD slot, accelerometer, etc. It comes with 5MP rear camera and 2MP front camera. It is priced at ₹13,999.