Samsung has chosen AvianWe as its official PR agency in India. Industry professionals aware of the developments told EFY Group that the consumer electronics giant changed its PR agency in India on 1 March 2019. Interestingly AvianWe also handles Huawei’s PR for smartphones in the country.

It is believed that public relations for all verticals of Samsung’s consumer electronics business, plus its smartphone unit PR, will now be handled by AvianWe agency in the country. Interestingly, several recent reports had claimed that Samsung had lost its number one smartphone rank to China-based Xiaomi in India.

What do industry experts say?

Faisal Kawoosa, Founder, Techarc said, “I think Samsung has taken this decision as part of its increasing focus on the digital part. It also falls in line with the company launching online only smartphone series in India.”

Meenakshi, Forecast Analyst, Forrester India, said, “I assume Samsung is reacting to slowing down smartphone sales in the country. Apart from product and pricing they seem to working on branding and perception among consumers.”

Himanshu Jain, Senior Market Analyst, IDC believes that online only models require new type of PR, and Samsung has never experienced that in the past.

He said, “Samsung is changing its smartphone portfolio, they are going online and in offline channel they are launching rather competitive models take on China based vendors. This could be one reason to change its PR agency to think fresh and new.”

Samsung has announced more than eight smartphones for India market during the last three months. It has already launched M10, M20 and M30 smartphones in the below Rs 20,000 segments in the country.

A recent report by IDC read, “Xiaomi continued to dominate, growing YoY by 28.6 per cent in 2018Q4 on back of its affordable Redmi series devices aided by high decibel marketing campaigns and offline expansion with its Mi preferred partner program and opening of rural stores. Xiaomi’s Redmi 5A and Redmi Note 5/Pro series emerged as the fastest selling devices of 2018 across brands driving 10 million shipments each in the entire year. The brand continued to lead in the online channel with a share of 47.2 per cent, climbing to the second slot in the offline channel by surpassing Vivo in 2018Q4.”

About Samsung it said, “Samsung remained in the second position, however with a YoY decline of 7.9 per cent in 2018Q4. The newly-launched Galaxy A7 (2018) with triple cameras picked up demand in 2018Q4 followed by its Android Go model, the Galaxy J2 Core. The brand is expected to make a comeback with its new online exclusive “M series” to be made available in February’19 via flash sales.”

Meenakshi added,”Given Chinese smartphones brands’ increasing market share in India, they are trying to check all possibilities which may have been the reason behind declining sales.”

Samsung Launched a UV Sterilizer with Wireless Charging in India

July 10, 2020
Samsung's UV sterilizer claims to disinfect in 10 minutes The sterilizer is available for retail via online and offline channels The device claims... 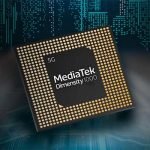 July 10, 2020
Indian smartphones are likely to feature with MediaTek chipsets The Helio G35 chipset is targeted towards gaming enthusiasts MediaTek informed that it... 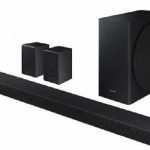 Samsung Has Announced the Launch of Q-Series Soundbars

July 10, 2020
Samsung has not revealed the pricing and mode of retail for the product The company claims that the sound bars are made in...

July 1, 2020
The iOS 14 update features Optimised Battery Charging The AirPods are powered by lithium-ion batteries A report claims that the battery level...

June 30, 2020
The True Wireless OnePlus Buds are seen in black colour Source reveals that the design is similar to OnePlus Bullets Wireless 2 The...

June 25, 2020
The design of AirPod Air and AirPod 3 might show some similarities AirPod 3 is expected to come without noise cancellation Apple might...

Is Redmi Go a Part of Xiaomi’s Offline Expansion Strategy?