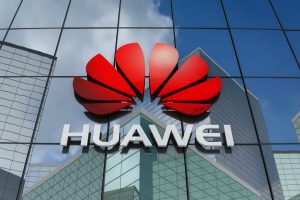 Despite not having any products at IFA Berlin, Huawei has planned a lot for the coming week. The Chinese manufacturer is all set for a new online event. The event would be showing a few devices.

As claimed by the company, the brand would be presenting the new Huawei Freebuds Pro, which will have improved noise cancellation technology, surpassing that of the current Freebuds.

As mentioned in a report, the headphones would be based on the Kirin A1 chipset with Bluetooth 5.2 support. Moreover, the model would be having three microphones and active noise cancellation technology. The battery capacity is said to be 52.5 mAh for each stem.

It has also been said that the Huawei Freebuds Pro would be available from October in Europe. The ear piece is said to be avaiaolbel in three colour options of black, silver, and white. They have a similar design to that of AirPods Pro.

The company is also planning to launch the Huawei FreeLace Pro Bluetooth headphones with noise cancellation. It would reportedly come with a neckband design to offer better comfort so you can run or perform your activities with ease.

On the other hand, another product would be in line is the new Huawei Watch GT2 Pro. In the last few days , the images have been leaked online. The new Huawei smartwatch would be consisting of 32 MB of RAM, 4GB of internal memory, Bluetooth 5.1, 1.39-inch OLED screen, and a 455mAh battery for about 14 days of battery life.

The other devices is reportedly the smart band which would be following the new Huawei Watch Fit design. The brand is also claimed to show new MateBook models. There have also been rumours that there would be new versions of MateBook D and Matebook 13 laptops.