Micromax Informatics is planning to make smartphones on a completely knocked down or CKD basis in India, by March next year, which could make it the first local manufacturer to take the plunge in the market where all but Samsung are only assembling phones. 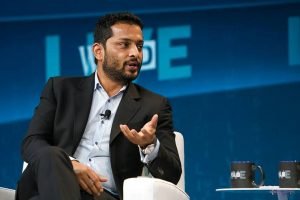 Micromax co-founder Vikas Jain said that they are on the verge of importing their first set of CKD units,adding that the company was looking at beginning before the end of the financial year.

He further mentioned that while they are working on logistics and building infrastructure, it will be at their new facilities either at Telangana or Bhiwadi.The company is yet to decide the capacity of production from CKD units but is expecting its first shipment of CKD units soon.

The company’s third plant is set to come up in Bhiwadi, Rajasthan, and the fourth one in Bhopal, Madhya Pradesh. An in vestment of `2,000 crore has been marked out for making phones and electronics such as televisions, tablets and accessories locally, over the next five to six years.

At present almost all companies that sell phones in India, either import fully built units or semi-knocked down (SKD) phones from China, which can be assembled together with little manufacturing requirement. Making phones from completely knocked down (CKD) versions, involves mounting of components onto a printed circuit board (PCB) mechanically , where the PCB and other components are required to be imported separately from China, and then put together. In terms of value addition, CKD is a step above SKD.