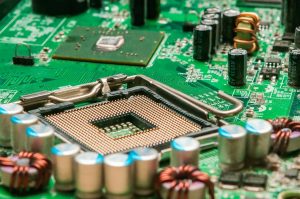 The government has decided to check on new measures to curb India’s imports of electronic products. After discussing the country’s import and export state, a meeting presided by Suresh Prabhu, Commerce Minister, has concluded that fresh steps to cut down on such imports, along with other goods, will help in selling off ‘Made in India’ products abroad.

An official statement stated that the high-level meeting directed the key economic ministries to examine probable steps to raise local production and expand India’s export base. This comes in a bid to tackle the country’s current account deficit.

There have been rising concerns regarding the imports of electronics goods in India. It has been increasing rapidly. In 2017, telecom products worth $22 billion was imported. To cater to the increasing demand, India has been bringing in most of its products from other countries.

The government has been pushing for domestic manufacturing of electronics to curb the imports. According to industry experts, promoting local producers and supporting them by relaxing the duty barriers will help strive the electronics ecosystem in the country. Several electronics majors have also shown interest in investing in setting up their local plants in India. Over the past few months, brands like Samsung, Haier, LG and many more have already announced to establish their bases in the country.

India has raised import duty, and the move has attracted outrage among manufacturers globally. It has compelled the European Union (EU), the US and Japan to take it to the World Trade Organisation (WTO), especially on the decision to increase import duties on electronic products like mobile phones, televisions and projectors.

Sony India Eyes 35 Per Cent Sales in Kerala Ahead of...